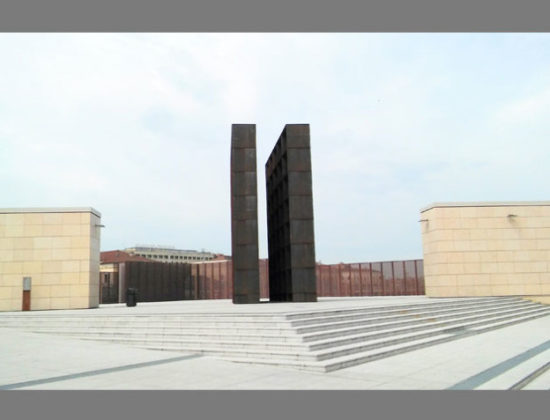 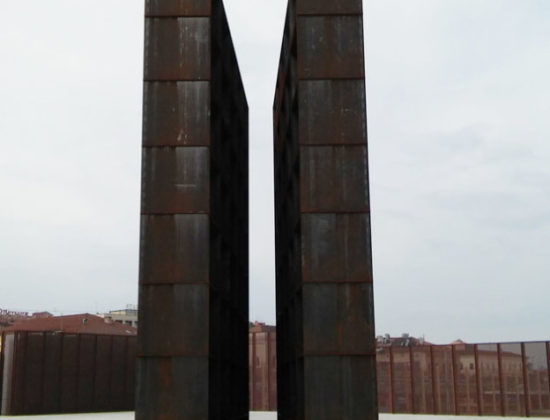 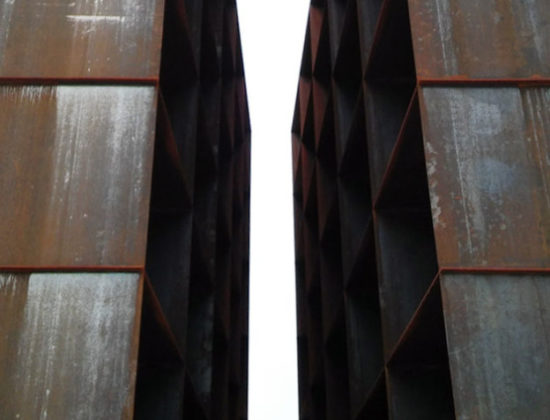 This monument was unveiled on 27th January 2016, on International Holocaust Remembrance Day. It stands alongside the railway line, just steps from the new high speed rail station. The work is the result of an international design competition launched just one year previously, set up by the Jewish Community of Bologna along with the Bologna City Council, the Region and numerous other public and private institutions. The winning design, by SET Architects in Rome, represents an important symbol in an area of urban transformation. It stands out as a magnet to attract people and make them think, through the emotional involvement generated by the powerful symbolism of its shapes. Two tall volumes in Corten steel, opening slightly towards the road, converge up to form a gap of just 80 cm wide, creating a strong sense of oppression and disorientation. On the inner surfaces, a grill of rectangular cells alludes to the dormitories of the death camps, with a dramatic modular repetition in every direction. On the exterior is just a trace of those cells: the surface is smooth and still-to-be inscribed with a different life, in opposition to the barbaric acts of the past, thanks to the consciousness of the present. And indeed the passing of time, day after day, will work upon the appearance of this work in Corten, a type of steel which naturally oxidises in the open air. Between the two volumes, a gravel floor recalls the ballast on the railway tracks between the camps of Auschwitz and Birkenau, the arrival point of the convoys, where the selection was made of those people suitable for work, and those destined for the gas chambers.