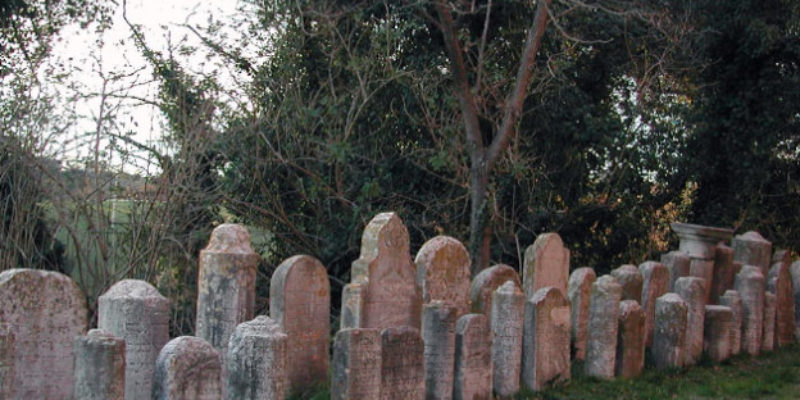 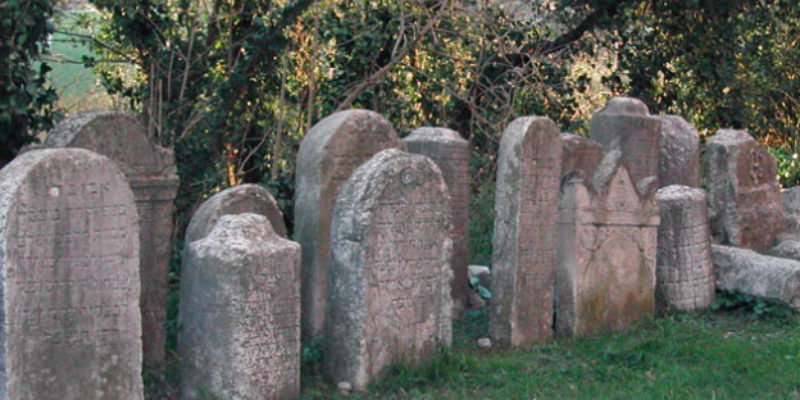 Jewish Cemetery in Via delle Grazie

Fenced off from the municipal cemetery, the Jewish cemetery preserves the memory of the last generations who made up the Jewish Community of Senigallia. Dense spontaneous vegetation surrounds a multitude of time-corroded tombstones and monuments, ranging from the simpler stones of more recent times to the grander, more elaborate ones of the late 19th Century, characterised by an abundance of references to non-Jewish cemetery symbolism. The first burial dates back to 1878, a few years after the opening of the adjacent municipal cemetery to which the city had allocated the land of the former convent of Santa Maria delle Grazie.

The original Jewish cemetery at Portone, in use since 1512, remained active for a few years. When development works began in the area a number of tombstones dating back to the 17th-19th Centuries were salvaged, and in 1977 they were placed along the side of the avenue leading to the new cemetery in Via delle Grazie.