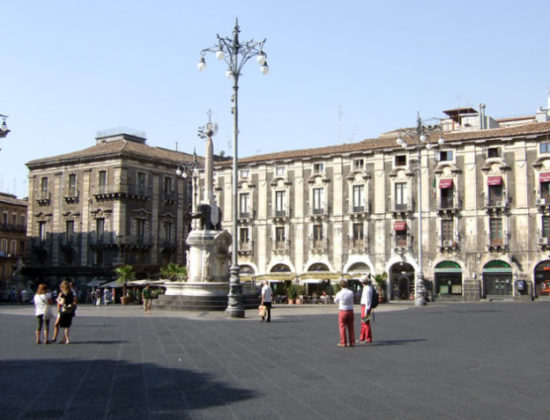 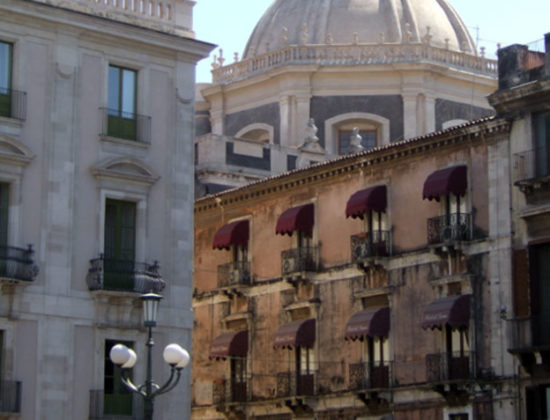 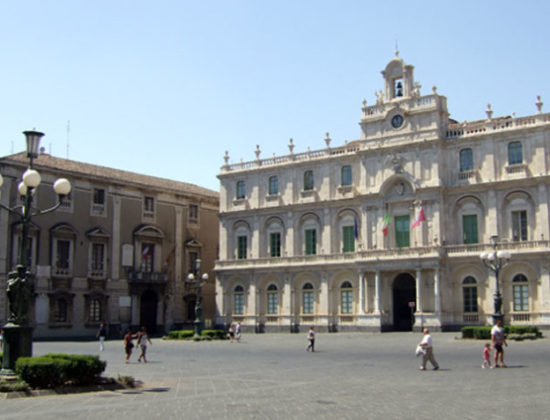 The Jewish neighborhoods of Catania

An early Jewish quarter in this city dates back to the 4th century. However, the community became more substantial, and comprised 200 families in the 15th century, not long before the expulsions. Numerous documents provide evidence that the Jews of Catania were experts in silk-making and fabric-dyeing, as well as being pawn merchants. The first Jew from Catania (and indeed Sicily) whose name is known, Amachios, was buried at the age of just twenty-two in the Jewish catacomb of Villa Torlonia in Rome.

The Jews lived in the north-western area of the city in two separate areas: the first was known as “Judeca Suprana”, and was between the Bastione degli Infetti, the Bastione del Tindaro and the bastions of San Giovanni and San Euplio (now called Santa Barbara and Recupero). The second was “Judeca Suctana” and was situated along the Amenano river, known as the Judicello, in the area between Via degli Orfanelli, Via Pozzo Canale, Vicolo degli Angeli, S. Giovanni dei Barilari and the d’Immezzo quarter, now called Piazza San Francesco d’Assisi. They each had their respective synagogues: the “Meskita di Suso” (between Vicolo D’Urso and Vicolo Avola), which was the older of the two and was visited by the poorer members of the community, was near the Church of San Giovanni (lu Palumbaru) and annexed to the building of the Jews’ hospital (possibly what is now called Via Ospedale vecchio or Via Spedaletto); and the “Meskita Picciula”, in the city centre. The latter seems to have become the larger of the two, thanks to the commercial development of the surrounding streets, with banks, the Loggia di Città and the “foro lunare” (Monday market); the area extended as far as the Porto Saraceno. The cemetery lay outside the Tonnaro bastion. The city, and the entire Jewish area with it, was buried in lava when Mount Etna erupted in 1669, and completely destroyed by the subsequent earthquake in 1693.