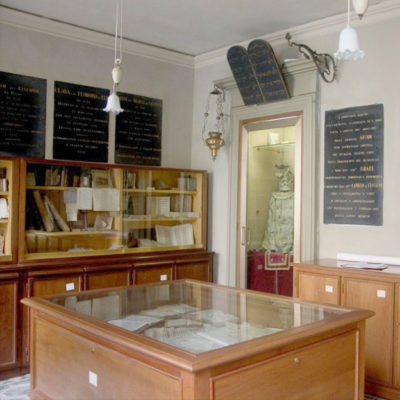 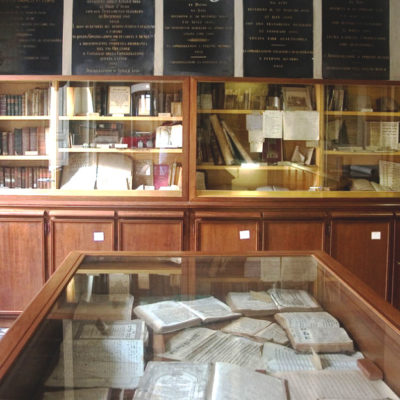 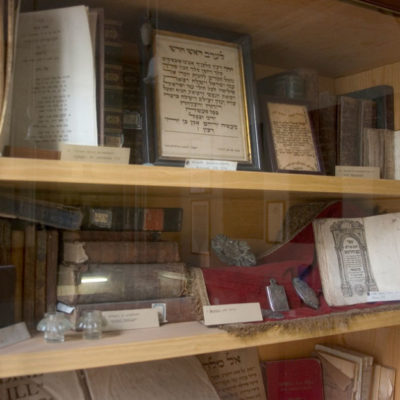 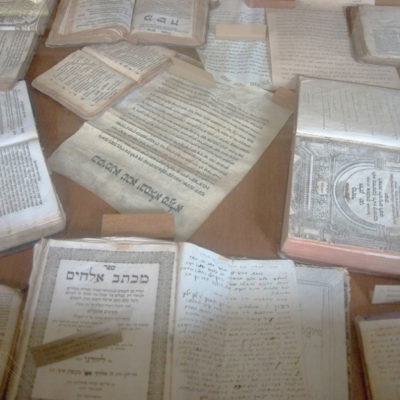 Next to the main synagogue stands a smaller winter synagogue which, since 1984, has housed the historical archives of the Community as well as a permanent exhibition that portrays in detail Jewish life and especially the history of the Community of Asti. The niche that was once used for the aron hakodesh today displays the traditional fabric and silver decorations that adorned the Scrolls of the Law in the synagogue. Other displays show photographs and testimonies of the history of the Community and especially the ‘Istituto Clava’, the Jewish school that operated until 1930.

Among the prayer books is the peculiarity of this exhibit. The three Piedmontese cities of Asti, Fossano and Moncalvo are the only ones to have retained traces of the ancient medieval French rite, which was brought to Italy by the exiles of northern France. Today the rite, which took the name of Appam, deriving from the initials of the three cities in Hebrew, is no longer observed anywhere following the extinction of these three Jewish communities. Since the rite was always followed by small groups of people, no printed texts ever existed but only manuscripts, to supplement other formulas, as in the examples housed in the exhibit.

Entrance included in visit to synagogue