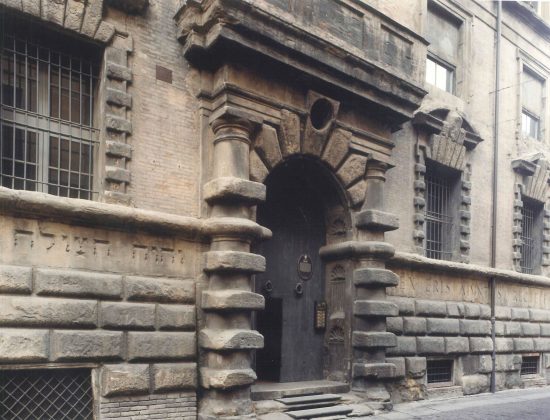 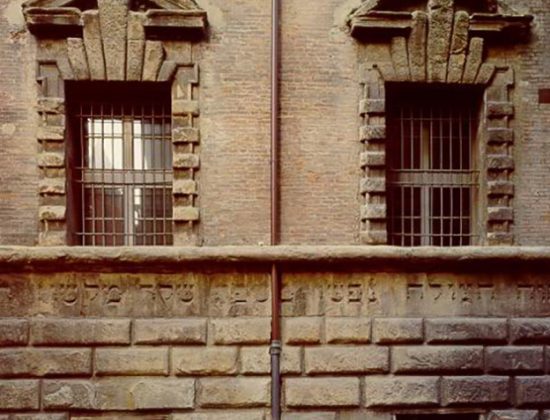 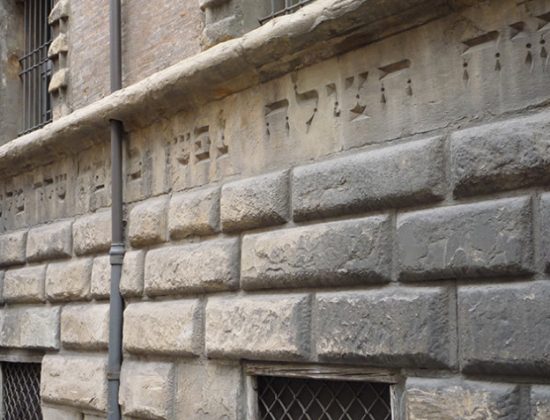 The imposing Bocchi Palace stands at 16, Via Goito. It was built by architects Vignola and Sebastiano Serlio between 1545 and 1565. The palazzo was commissioned by Achille Bocchi, one of the foremost figures on the city’s cultural scene in the first half of the 16th century. A Bolognese literary scholar and patron of the arts, he knew philosophers and humanists, founded the Ermatena Literary Academy (housed in this palazzo), and cultivated a deep interest in Hebrew texts. The palace was his residence, as well as the seat of the cultural activities he himself promoted.

On the frieze above the substantial rusticated base of the façade, Bocchi had two inscriptions made, one in Latin and one in Hebrew, demonstrating – just a few years before the ghetto was established – the strong influence which both cultures were acknowledged to have on the cultural life of Bologna during the Renaissance.

To the left of the main doorway, the Hebrew inscription is a verse from Psalm 120: “Deliver me from the liars, God! They smile so sweetly but lie through their teeth.”