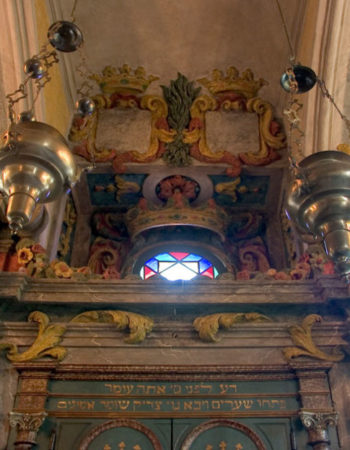 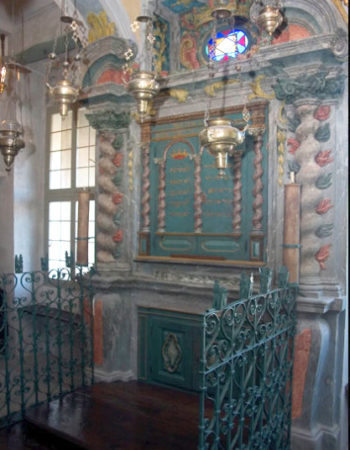 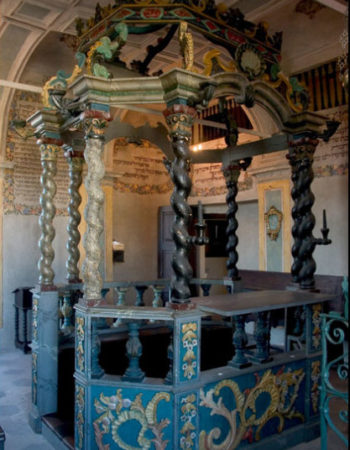 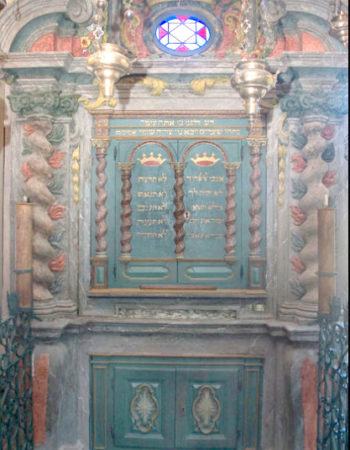 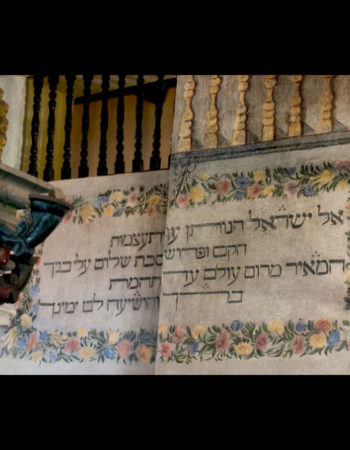 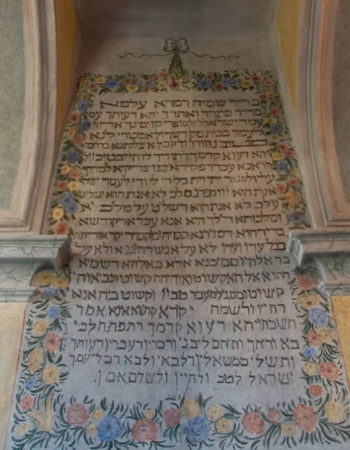 Intimate and cosy, the synagogue of Cherasco is a typical Piedmont synagogue from the age of ghettos. It was located on the last floor of a building, access was from the inside only.The building was devoid of exterior decorations alluding to its existence. The centre of the hall is almost entirely occupied by the 18th century tevah in carved, brightly painted wood. It features an octagonal base and canopied cover, in a style reminiscent of furnishings in the near towns of Carmagnola, Mondovì and Chieri (today in Turin). On the eastern wall, the aron hakodesh seamlessly merges with the interior’s structural and decorative elements. It features small turquoise wooden doors framed by spiral columns, similar to those of the tevah.  Towards the upper part, decorations merge with the stuccoes and wall paintings, framing an oculus of multicoloured glass.

A single row of seats for the public is positioned along the hall’s perimeter. Above, there are frescoed poetic inscriptions in Hebrew, with verses containing the names of donors and members of the community. The small stage of the women is located above the entrance and concealed by a row of wooden columns painted in trompe-l’oeil along the entire wall.

The only dated element is a basin for ritual hand washing, donated in 1793 by the De Benedetti brothers and perhaps within a broader context of the hall’s renovation. The same floor also houses a small adjacent classroom and the photographic exhibition on Jewish communities of Piedmont, “Jewish life and culture”, opened in 1984. 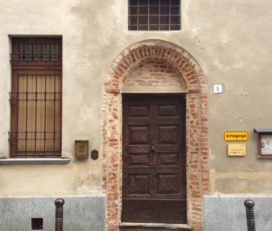 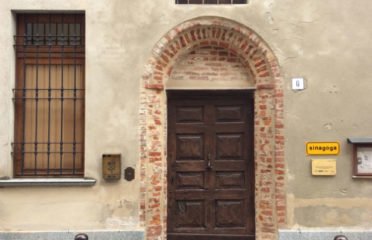 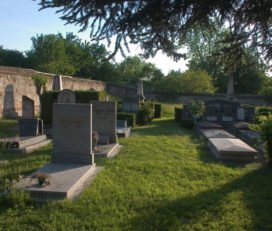 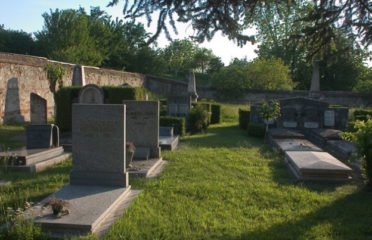