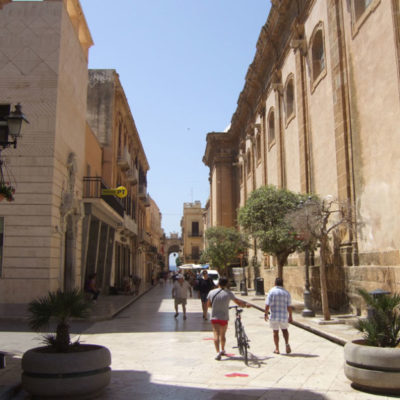 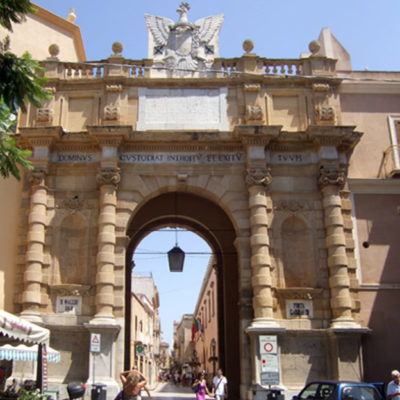 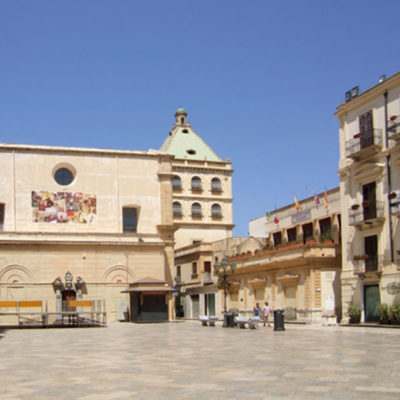 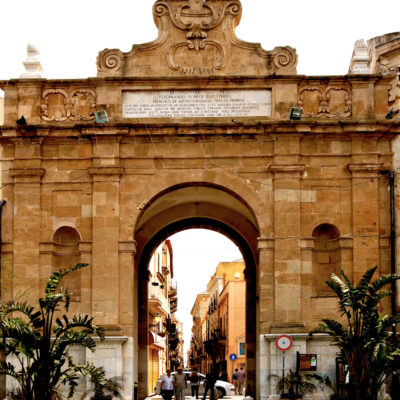 In ancient times Marsala was known as Lilybaeum, and was home to the philosopher Porphyry of Tyre (4th century), a pupil of Plotinus with a strong interest in Judaism. Jews almost certainly settled in this port city as early as Roman times. There is definite evidence dating from 1374, when a document mentions the permit to expand the synagogue due to the growing Jewish community. After this date, there are numerous documents that serve as proof of their continuing presence.

The Jews made up around one tenth of the local population. Their synagogue, named Chynisia, was not far from the market in the Piano del Salvatore, from the mikveh. Outside the city walls opposite the bastion of Sant’Antonio, there was the cemetery. When the synagogue was expanded, it incorporated several houses around the courtyard (which had previously been used for a mill) and the hospital. Sources also mention the existence of a school which was situated in the synagogue itself. The synagogue must have been within the perimeter walls of this square-shaped city, in the centre of the Jewish quarter, which was located opposite the derelict convent of San Domenico, between Via d’Anna and Via Pannieri (today via Vaccari), now called Via Frisella. The rectangular block of buildings, not far from the crossroads near Via XI Maggio, is today occupied by the sixteenth century convent of San Pietro and the church of the same name, which is thought to stand on what was once the site of the synagogue. About the miqveh hat was in the same quarter, we only know that it was taken by the rebel troops of Andrea Chiaramonte during the insurrection against Catalan kings well-disposed to Jews .

The Jews’ main occupation was manufacturing saltpetre, which they sold to the government in large amounts; this business hasgone on when they became Christians. Other businesses were processing and trading in silk, textiles and cheeses. The textiles industry is recalled in the street name “Via Pannieri” in the Jewish quarter. When the expulsion took place, there were 2600 Jews in Marsala, some of whom had come from Pantelleria. All of them left from the city’s port.

There are two museums in the city which are interesting to visit: the Flemish Tapestry Museum, where eight Flemish tapestries are displayed, which were given to archbishop Antonio Lombardo by Philip II of Spain, and which Lombardo in turn donated to the Duomo in 1594. The tapestries, woven in silk and wool in Brussels, depict episodes from the First Jewish-Roman war. Meanwhile, the “Baglio Anselmi” Archaeological Museum has a series of oil lamps featuring menorah found in several archaeological excavations.

In front of Marsala, on the Mozia Island, an old Phoenician-Punic colony, the Archeological Museum Joseph P. Whitaker displays a very special bronze ring engraved with menorah, lulav and citron (4th-5th cent.), and a lamp with menorah coming perhaps from Marsala.