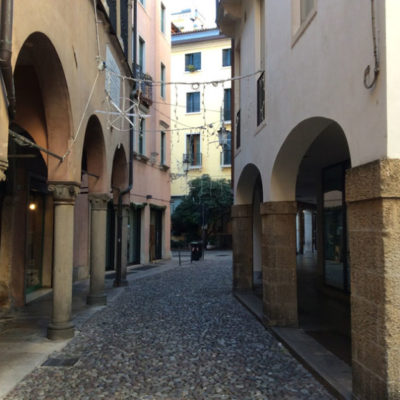 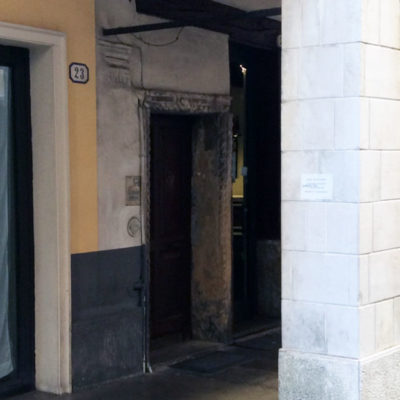 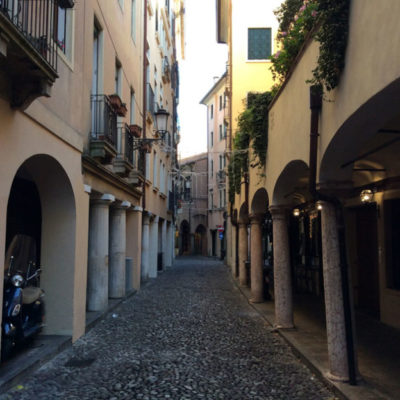 There are various traces indicating a stable Jewish presence in the city from the late 13th century. For as long as the city was ruled by the Carraresi family (1318 – 1405) the group lived in relatively peaceful conditions, working mainly as merchants and moneylenders. When the city was taken over by the Venetian Republic (1405), this caused a gradual worsening of conditions, particularly with regard to business activities. However, the Jews were still permitted to graduate from the city’s prestigious university, albeit subject to paying additional fees. And it was from that period on, in fact, that Padua became an important hub for Jewish studies, hosting eminent academics.
The Jews were segregated in the ghetto in 1603. The area adjacent to Piazza delle Erbe was chosen, as the Jewish community had been concentrated there for some time, and there were already Jewish shops and two synagogues in the area. Guarded gates isolated the ghetto during night hours: two on what is now Via S. Martino e Solferino (one just beyond Via Roma and the other on the corner of Via dei Fabbri), one at the beginning of Via dell’Arco, and another along Via delle Piazze. The residential area, for which high rents were charged, was cramped and unsanitary (containing 655 inhabitants in 1616); this led to it being developed in a vertical direction, by constructing tall buildings with low ceilings on each floor, such as in the residential towers on Via dell’Arco. The main hub of the area was the courtyard of the Scola Todesca (entrance at 20, Via S. Martino e Solferino); according to a never-completed project, this courtyard was intended to englobe the adjacent Corte dei Lenguazzi, to become the ghetto’s central square.
The segregation order was dropped with the arrival of the French in 1797, and was not restored when the city came under Austro-Hungarian rule. Full equality was achieved in 1866 with the city’s annexation to the Kingdom of Italy.
Even after the ghetto was abolished, the community’s main existing institutions – the synagogues, the Rabbinical College, and the school – remained in this area.

Via S. Martino e Solferino / Via delle Piazze / Via dell’Arco
Guided tours can be booked through the The Jewish Heritage Museum of Padua