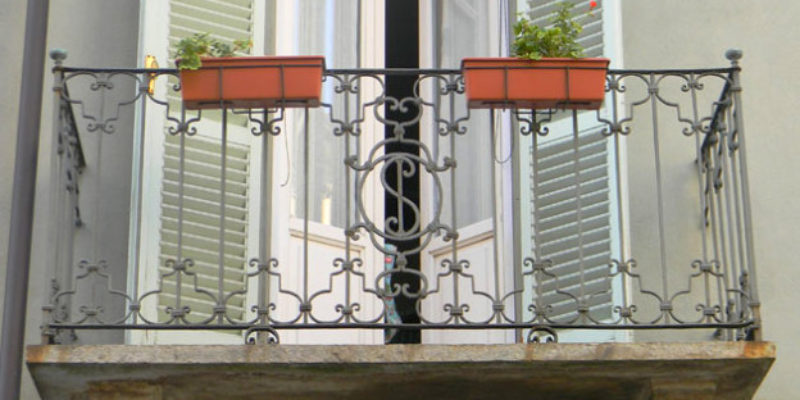 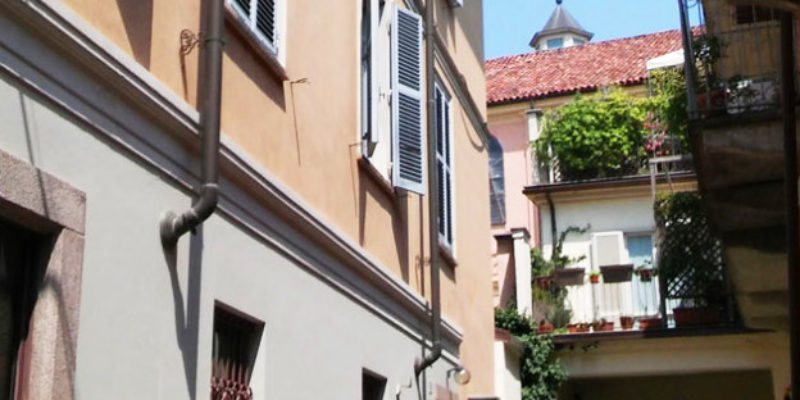 A document dated 812 makes mention of a Dondone judeo, although records of continuative Jewish presence in the area appear only from the 14th Century onwards, as a result of emigration and expulsion from central Europe. In the centuries to come, the Jews were repeatedly granted permission to open loan banks and settle in the city, albeit under strict control and high taxation.

As in the rest of Piedmont, the ghetto was established after the Constitutions of 1723. In the following year an area of ​​the medieval urban fabric was set up for the purpose, between the present-day Via Aliberti, Via Ottolenghi and Corso Alfieri, where the Jewish community have long been settled.

In the close-knit network of streets were workshops, storehouses and dwellings with inner courtyards inter-connected by walkways and passages. The community consisted of traders and a few bankers. At no. 39 of Via Aliberti stood the Jewish school ‘Istituto Clava’, which operated from 1866 to 1930.

With the final Emancipation in 1848 many of Asti’s Jews took on important roles in the life of the city and the country, and in many cases their names are associated with events and deeds commemorated by monuments.

Via Ottolenghi / Corso Alfieri / Via Incisa / Via Garetti