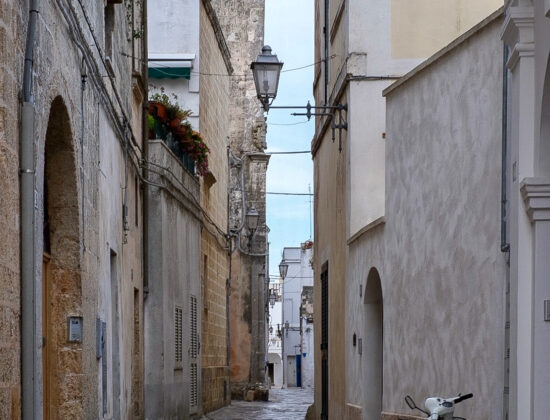 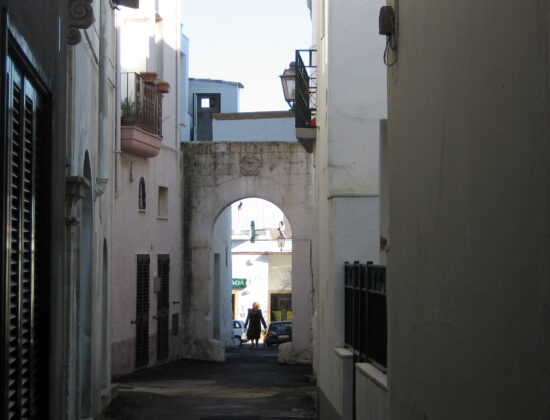 Alessano’s late post 15th century mediaeval Jewish Quarter, known as a Giudecca, is close to the Salento’s southern coast. It extends from the area close to the Castle to the back of the Porta di Santa Maria or Porticella (the Holy Mary or Little Gate) and can still be made out around what is now Piazzetta Costa and Via della Giudecca which crosses it. This was the site of the synagogue, which was transformed into a Christian church consecrated to Santa Maria delle Grazie following the expulsion of 1541. The building was later demolished.