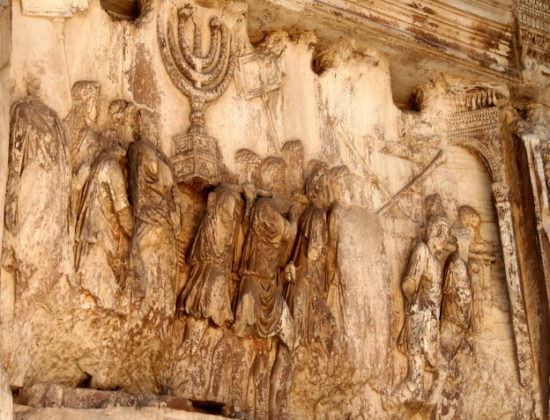 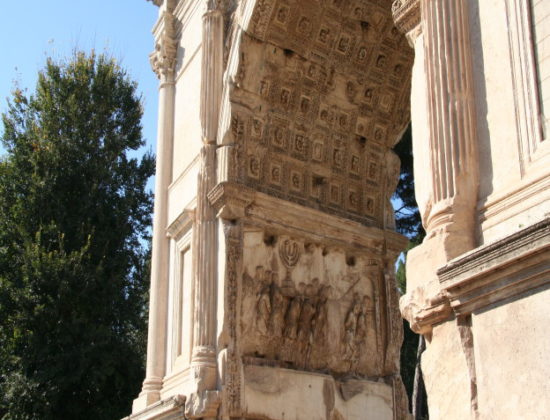 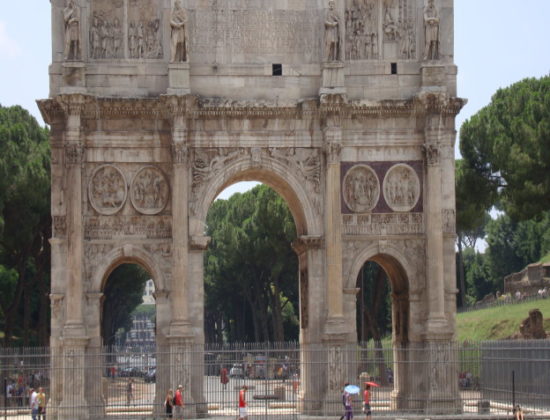 The Arch of Titus

The majestic triumphal arch is dedicated to the Emperor Titus and was constructed in the years following his death in 81 CE. The monument celebrates his victory over Jerusalem in 70 CE. and the annexation of Judaea to the Roman Empire.
A depiction of the divinization of the emperor, shown flying upon an eagle can be seen at the centre of the coffered soffit. On either side of the archway are reliefs with scenes of his triumph. On one side they show the entrance of Titus, and his coronation, surrounded by allegorical figures; on the other, the procession going through the triumphal arch, carrying the spoils looted from the destroyed Temple: among them the menorah, the large seven-branched candlestick stands out.
Roman Jews would always refuse to walk under this archway. It was only after the birth of the State of Israel that they crossed it, but this time in the opposite direction to that of the triumphal procession.