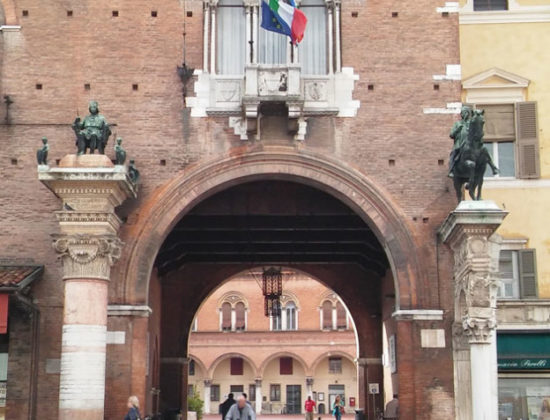 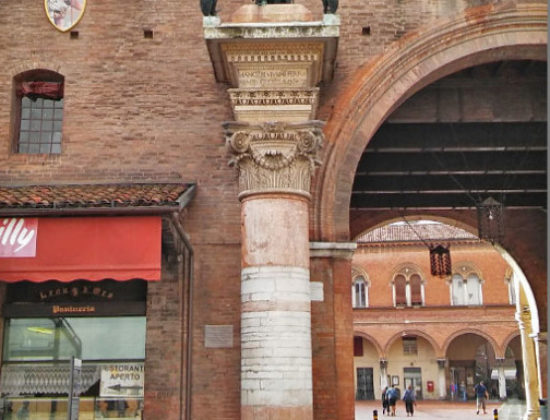 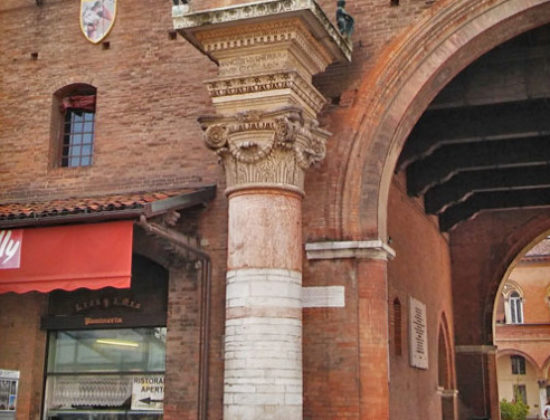 The Column of Borso d’Este

The column of Borso d’Este dates back to 1452: a squat bi-chrome marble column built as the base for a statue of the duke on his throne. Along with the monument to Marquis Niccolò III, it marks the entrance to what was historically the ducal court, through the “Volto del Cavallo” (the Horse’s Vault) archway.
It was damaged by a fire and restored in 1718 using marble taken from the tombstones in the Jewish cemeteries. The circumstances surrounding the event have never been fully understood: there are records of a sort of payment made to the Jewish community for the material, there is no mention of the fact that tombs were violated to build one of the city’s hallmarks.
It was reinforced in 1960 during which time it was possible to photograph and study the inscriptions, before the monument was reassembled.