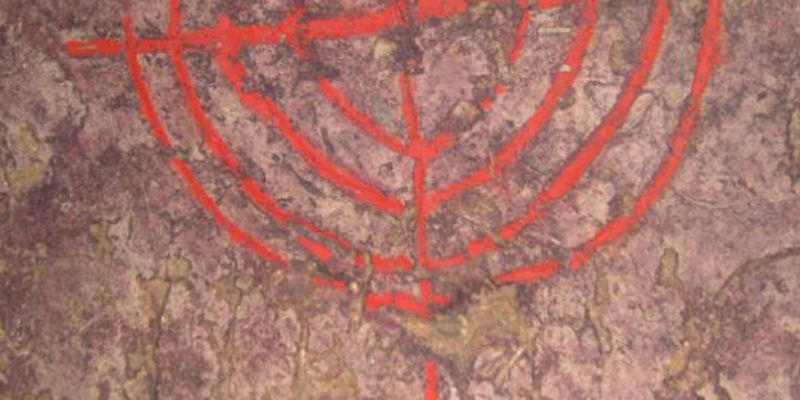 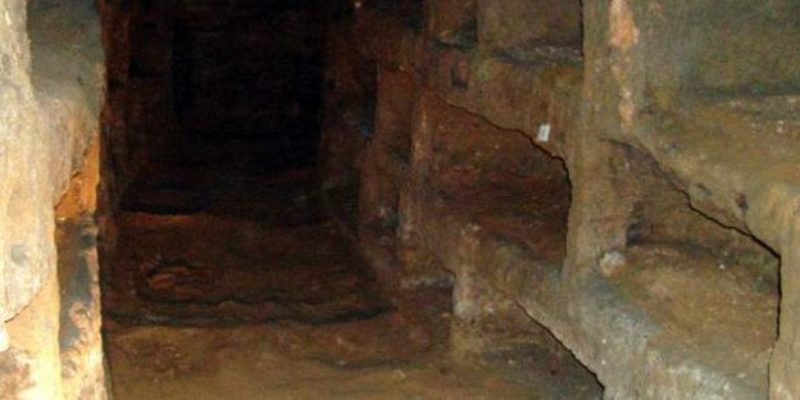 The burial complex unearthed at Venosa in 1853 is among the most significant signs of the once-flourishing Jewish presence in the city and in southern Italy. Analysis of the more than seventy inscriptions discovered, all undated with the exception of one from the year 521, has pinpointed the use of this burial site to between the 4th and 6th centuries A.D. This is the period from which the first confirmed records of a Jewish presence in the region date. The catacombs are arranged in a network of underground passageways dug out of the tufa rock, in the area around the Maddalena hill, outside the town. They contain loculus tombs arranged along the walls or set into the ground; other graves are organised in cubicles (chamber tombs containing multiple graves), and arcosolia (tombs placed in arched recesses). Some areas present ornate frescoed decorations featuring traditional Jewish symbols such as the menorah, the lulav and the shofar. Epigraphs in Greek, Latin and Hebrew, sometimes in two languages, attest to the high level of integration with non-Jewish society, as well as being an important key to understanding how the community was organised at that time; they refer to official titles and roles, some of which were external to Jewish society. Evidence from later periods, the 9th century in particular, has been found in the epigraphic material discovered in the Incompiuta complex.