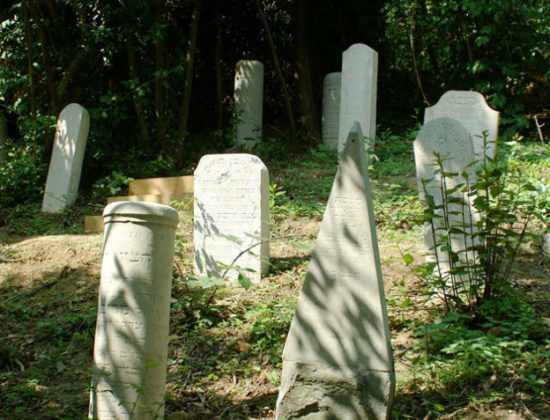 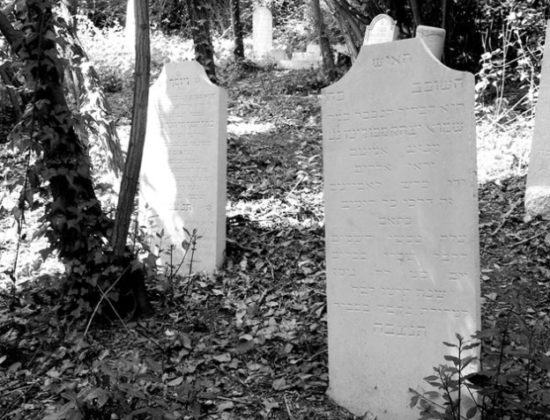 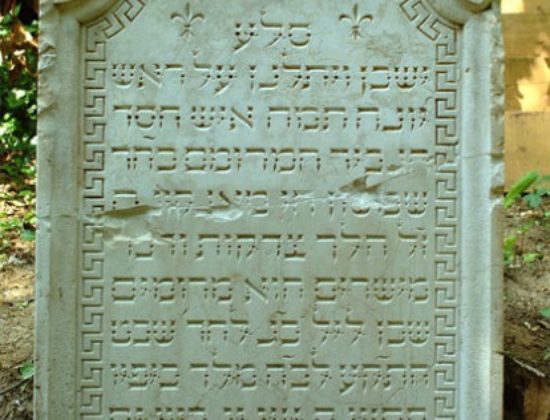 In use since the late 17th Century, the Jewish cemetery of Pesaro was purchased to replace an earlier burial ground in the area of Pantano, which was excessively swampy. Before this, another piece of land is documented to have been used, at Porta Fanestra, where gravestones dating back to the 15th and 16th Centuries have been found. The cemetery in use today, the third in the recorded Jewish history of the city, is situated on the eastern side of the San Bartolo hill, overlooking the sea. It houses approximately 150 cemetery monuments, although the number of burials was probably higher. Since the first half of the 17th Century, in fact, in the papal territories the Jewish communities were not allowed to add any inscription to the gravestone, except those of rabbis and other figures renowned for their special merits. This ban, together with strict restrictions on funeral processions, continued for the whole of the next century.

Situated on a steep slope, the burial ground is made practicable by steps and walkways. In the upper part are the most ancient tombs, which are mostly cylindrical stelae or stones with inscriptions in Hebrew, sometimes carved with simple, elegant decorations. The style of the more recent part of the cemetery is completely different, testifying to the climate of emancipation that characterised the late 19th Century and the assimilation by the Jewish community of the customs of its host society. The tombs here, in fact, have a more monumental appearance and embody the typical elements of non-Jewish cemetery symbolism, such as broken columns, urns, lamps and torches.

Dating back to the ‘20s are the mortuary and the enclosure wall, erected by the benefactor Lazarus Recanati. In the early 2000s restoration works were carried out on the green area and the individual artifacts.