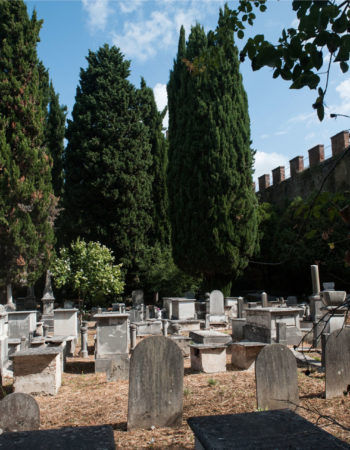 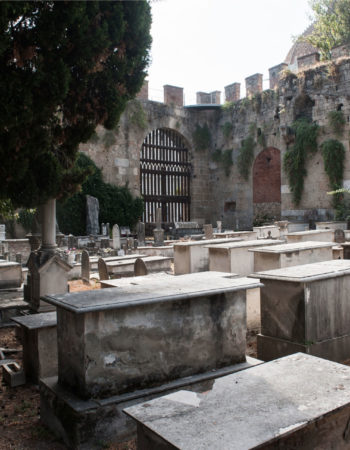 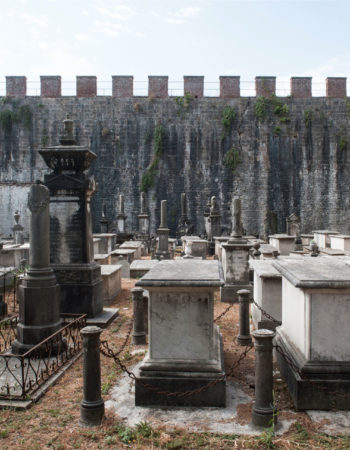 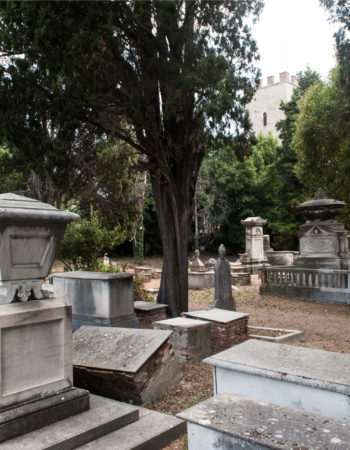 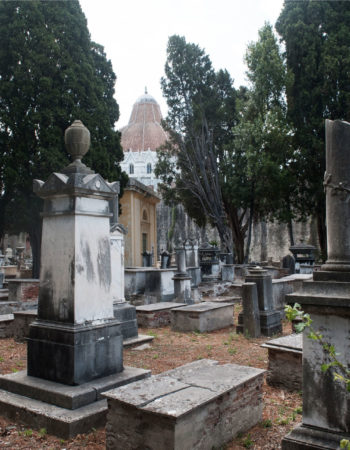 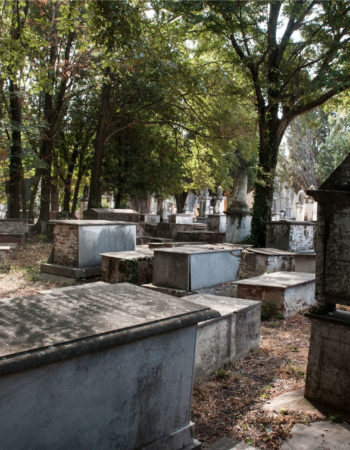 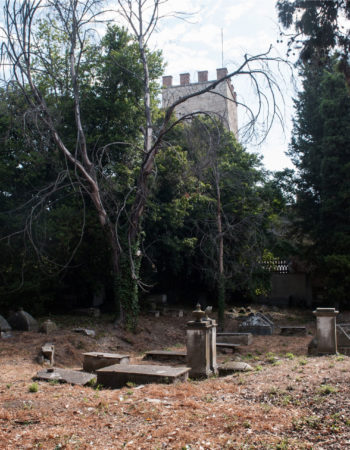 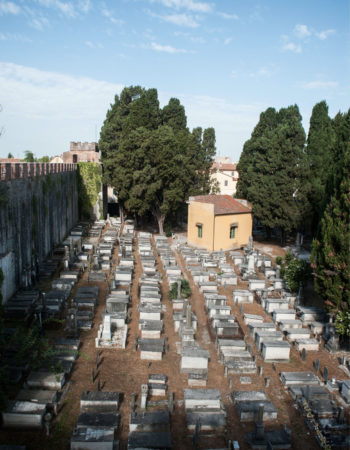 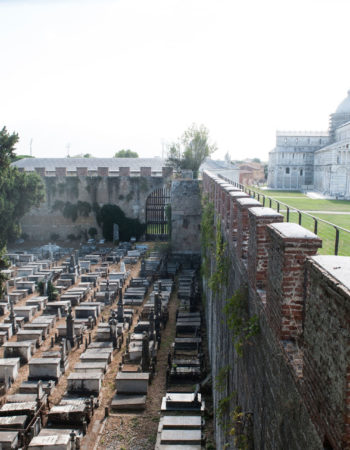 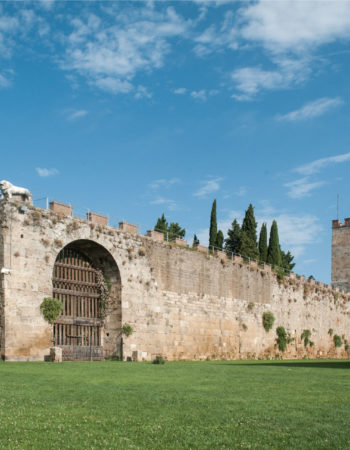 The Jewish cemetery of Pisa is situated in a scenic position just outside the section of city walls that surrounded Piazza dei Miracoli. For this reason, during the twentieth century numerous Jews from other cities wanted to be buried here. This is one of the oldest Jewish cemeteries to have been preserved which is still in use today. It was purchased in 1674, and came after three previous burial grounds which succeeded each other in the history of the Jewish community in Pisa. The oldest dates back to the thirteenth century and was situated next to the Porta Nuova, where epigraphs have been found carved into the city walls. A second one, documented in 1330 and perhaps used until the sixteenth century, was further south, on land belonging to the da Pisa family. The third, mentioned in surveys from 1618 and 1622, was also located along the western walls, to the left of Porta Nuova. It seems to have remained in use for a short period until 1674, when the Grand Duke Ferdinando II requested the land to use it for another purpose, and offered the area of the current cemetery in exchange.

The cemetery contains tombs from every period, most of them individual. The oldest ones, of simple appearance as Jewish tradition requires, often belong to Jews of Iberian origins, descended from Spanish and Portuguese exiles who had been expelled from their countries in the late fifteenth century and welcomed a century later by the Grand Duke Ferdinando I with his so-called “Livornina” letters of invitation. In the late nineteenth century, when there was a tendency to assimilate with the dominant culture’s customs, elaborate monumental tombs began to gain ground, built in the various popular styles of the time.

A plaque on the wall of the mortuary commemorates the Jews who were deported and killed in the Nazi death camps, along with the victims of the Casa Pardo Roques massacre.

Visits to be booked in advance