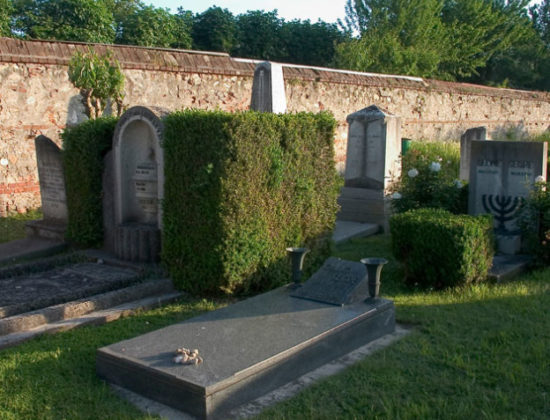 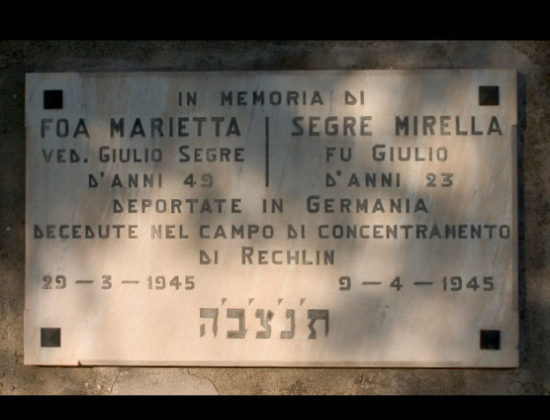 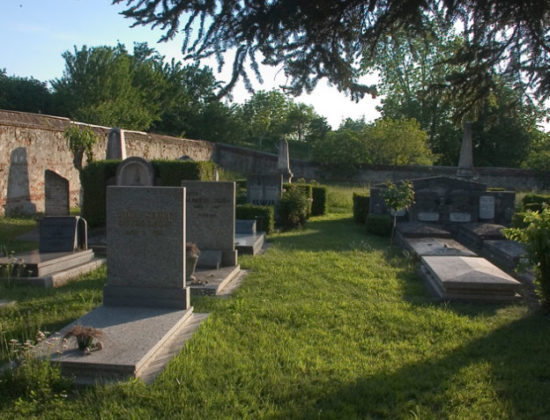 The exact date when the Jewish settlement of Cherasco first purchased a piece of land for burial is unknown. A document from 1719 confirms that Gabriel De Benedetti purchased a piece of land described as confining with the cemetery of the Jews, which was evidently already in use and perhaps due for expansion. The field was located in the zone of the bastions, north east of the city.

The city’s modern-day Jewish cemetery, still in use, is located on Salita Vecchia. It was first allocated towards the late 18th century, as the city’s new cemetery but it was never used and fell into a state of disrepair until the early 19th century, when it was granted to the Jewish community. The panoramic and green area came to be known as the rocca degli ebrei (rock of the Jews). It contains only individual in-ground graves, mostly with simple and austere gravestones, in accordance with Jewish tradition. Those of a more monumental nature are rare and indicate the influence of coeval Catholic cemetery symbology; there are no family chapels.