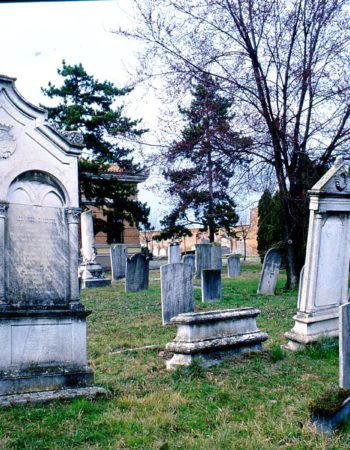 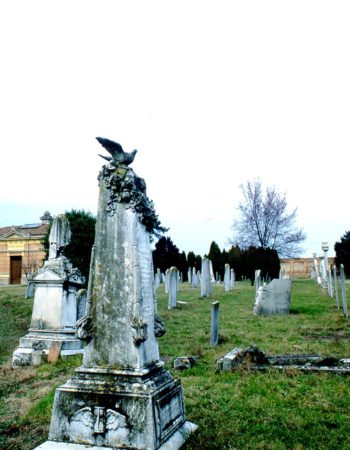 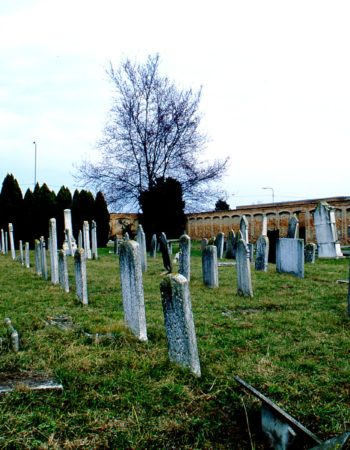 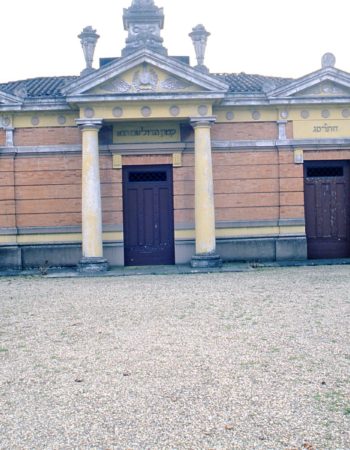 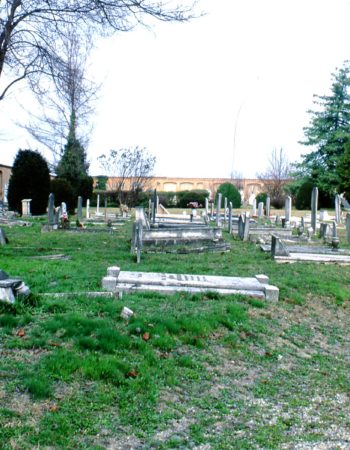 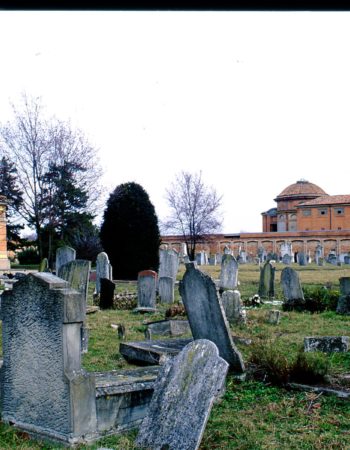 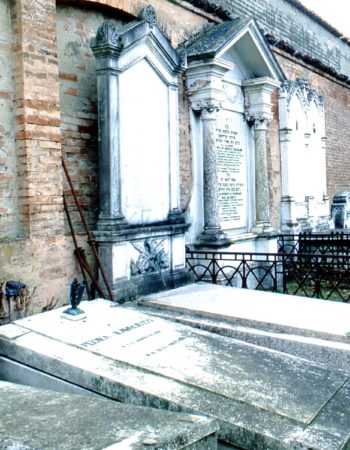 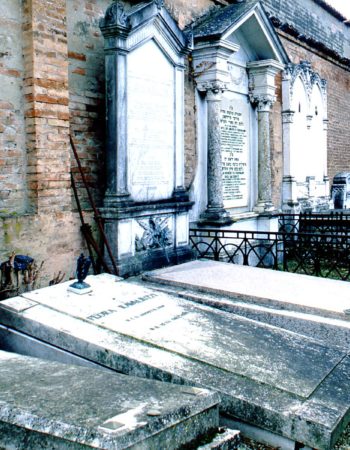 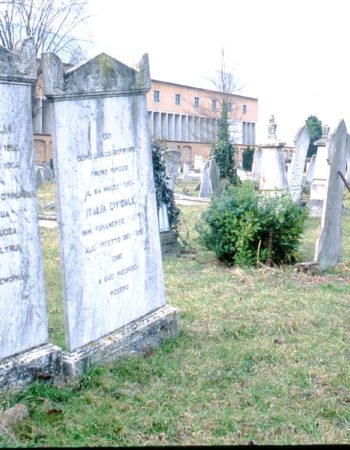 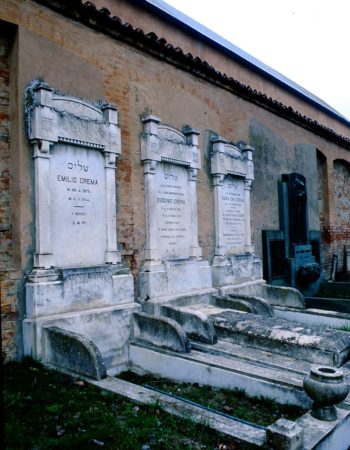 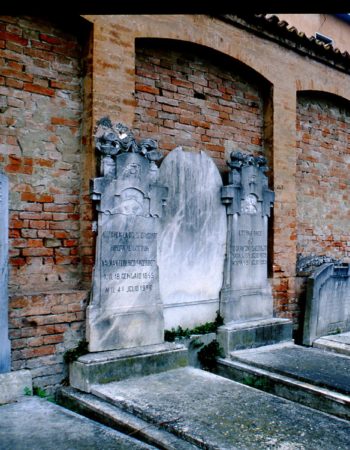 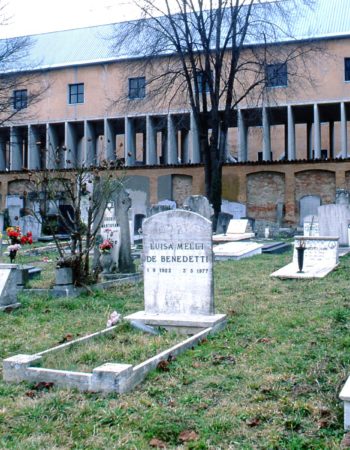 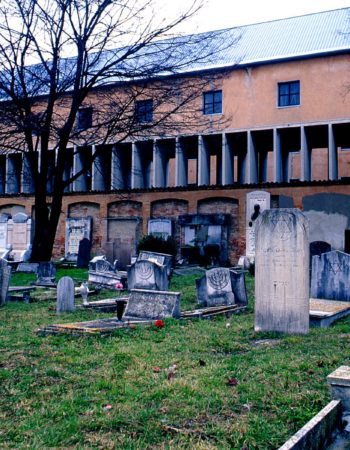 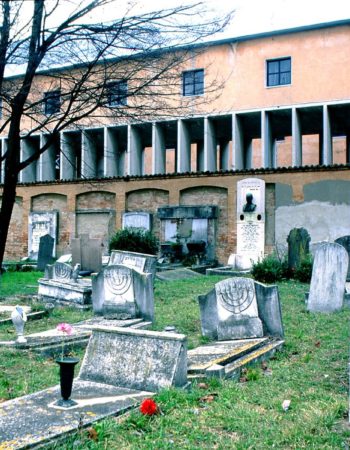 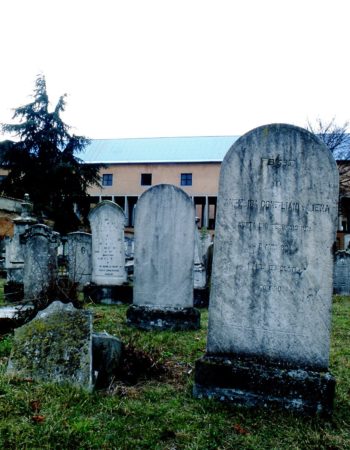 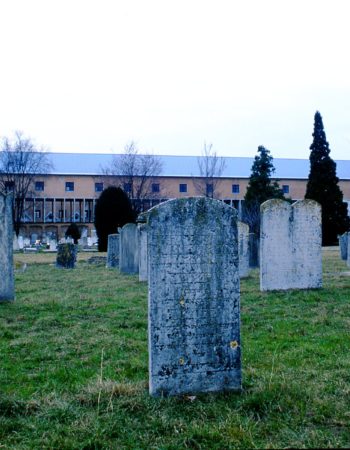 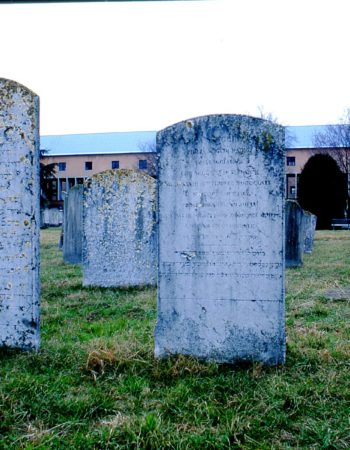 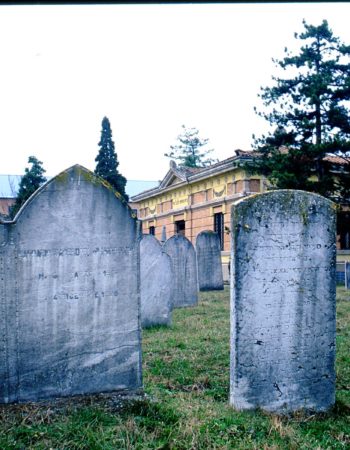 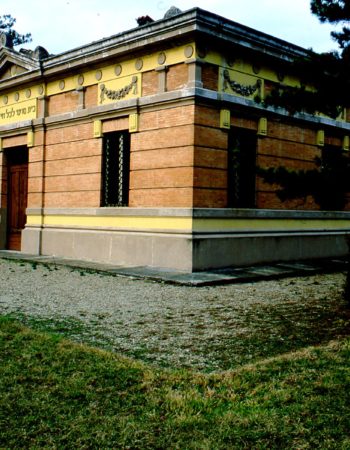 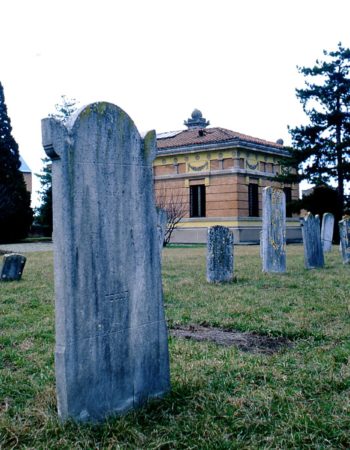 The purchase deed of a plot of land for burials “according to Jewish custom” is the earliest evidence currently available of a Jewish presence in the city. The document, dated 1368, refers to a field situated within what is now Via della Fosse (the street name Fosse, “pits”, refers to the old cemetery). It remained operative until the plague of 1630. The high death rate meant it was necessary to set up new burial grounds further from the city centre, for both the Christian and Jewish communities. A few years later, the old cemetery, which was still used on occasion, was expropriated in order to build the church of Santa Teresa. The 17th century cemetery remained in use; it was expanded several times, and eventually covered an area between the streets now called Pelusia, Verdi and Mascagni. Then, as the city expanded in later years, the community was forced to stop using this cemetery too. A new graveyard, still in use today, was then set up within the monumental cemetery of San Cataldo (1860 – 1875), between the early central part of the Catholic cemetery, and the expansion project designed by Aldo Rossi in the 1970s. The monumental mortuary stands in line with the entry gates. Behind the building, avenues radiate off to divide the various burial grounds and graves, which are mainly simple in style.

Along the perimeter is the tomb of Pio Donati, a socialist member of parliament from one of Modena’s old Jewish families. Threatened and persecuted by the Fascists, he took refuge in Brussels, where he died in 1927. In 1963 his body was transferred to Modena, along with that of the journalist Francesco Luigi Ferrari, who had also fled abroad during the Fascist regime. Between the two graves – one in the Jewish sector, the other in the Catholic sector – the dividing wall is interrupted by a symbolic glass partition.

Entrance via main cemetery
Open to visitors, no booking required