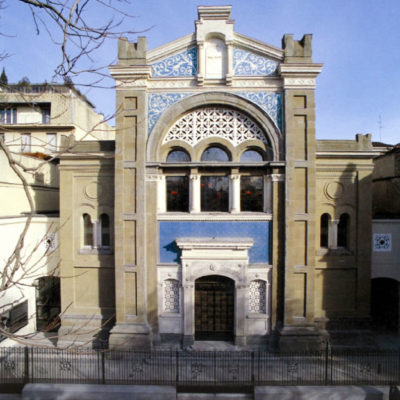 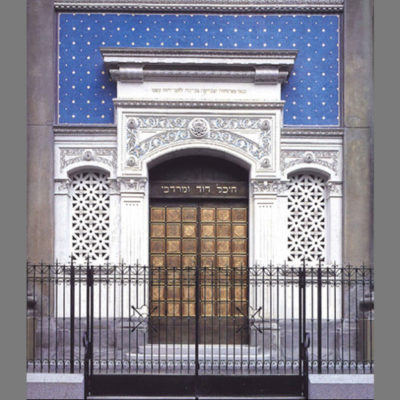 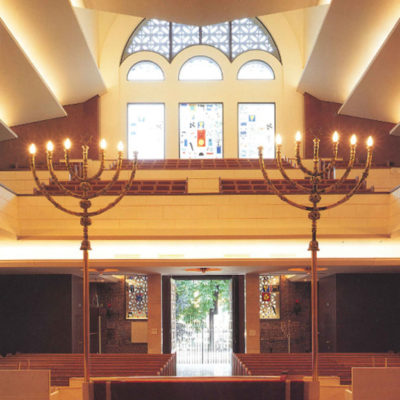 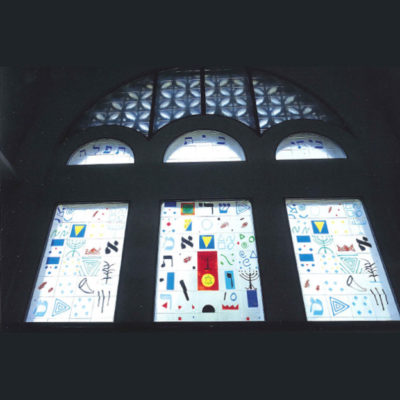 Banished from all of the territories in the Duchy of Milan for more than two centuries, it was only at the beginning of the 19th century that a Jewish community was able to settle in the city. The community soon prospered, in tandem with the city’s own development, and in 1886 it decided to erect a temple-cum-monument through which to signal its presence, having now integrated with society at large. The task of designing it was given to architect Luca Beltrami, a leading light in Italian architecture at the turn of the century. He devised an eclectic building, with oriental, byzantine and classical stylistic influences, featuring a triple-aisled basilica layout that was typical of many synagogues of the period, and inspired by the Catholic church model. The hall was enclosed by an apse, in which the aron and tevah formed a single focal point. The building was inaugurated in 1892 and later destroyed by allied bombing in 1943; the only part of Beltrami’s design to be left intact was the façade, which has now been restored according to the original sketches. A new temple was built on the site of the previous one, and completed in 1953, designed by architects Eugenio Gentili Tedeschi and Manfredo D’Urbino. Having been reinterpreted in a modern style according to the principles of rationalist architecture, the synagogue nonetheless owes its current appearance to a major overhaul carried out in 1997. Most of the work, which was overseen by Piero Pinto and Giancarlo Alhadeff, focused on the interior; in particular, the lighting, surface finishes and colours were renovated.

The same complex, which is the Community’s main headquarters, houses an auditorium, a small Sephardic prayer hall with an aron ha-kodesh originally from the Italian synagogue of Pesaro, and one for the Italian rite, with furnishings transferred from Fiorenzuola d’Arda.

Children’s educational workshops can be organised, subject to booking

The spaces can be accessed by visitors with reduced mobility.