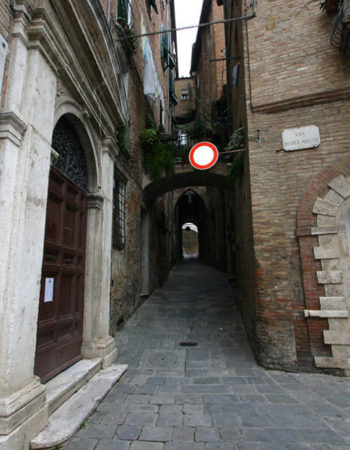 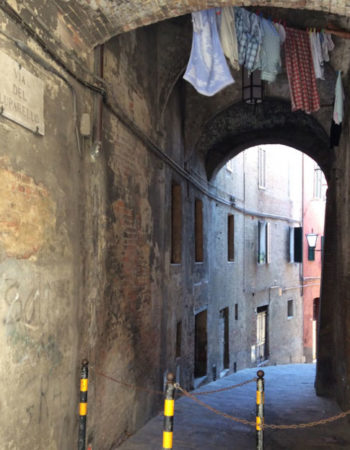 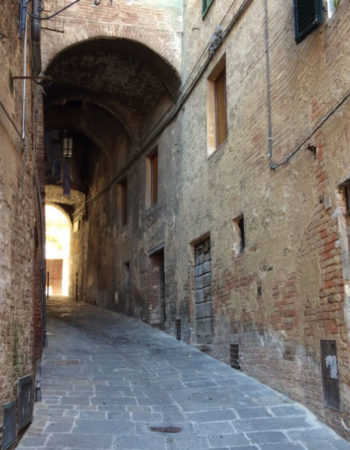 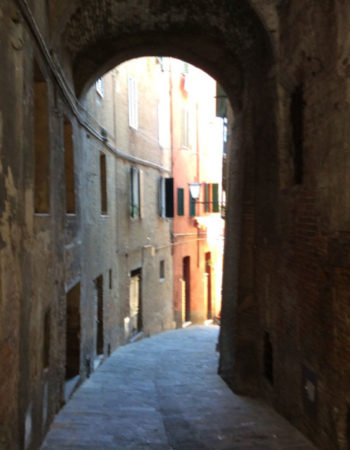 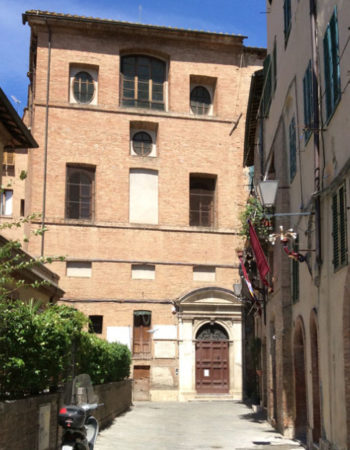 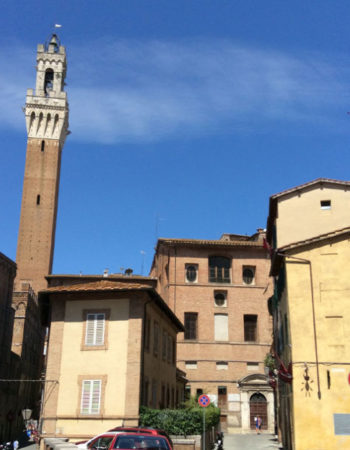 The ghetto of Siena was established by Cosimo I de’ Medici in 1571 on a ribbon-like plot behind Piazza del Campo, between via del Salicotto and via San Martino. It was crossed by parallel streets such as via delle Scotte and the Luparello, Realto, Fortuna, Manna, Coda, and Vannello lanes.

This was where Jews’ lived: via delle Scotte, at number 14, where the synagogue is still standing; schools and the different confraternities were in vicolo del Luparello. Since the sixteenth century the fountain of the ghetto in via degli Archi was embellished by a statue of Moses, perhaps by Jacopo della Quercia. The statue was removed in 1875 and is now in the City Museum. The ghetto was a city within the city, and very culturally vibrant, and housed up to five rabbinical schools at one time. It remained open until 1859. Some areas are still preserved and recognisable; much of the area, however, was redeveloped in 1935.