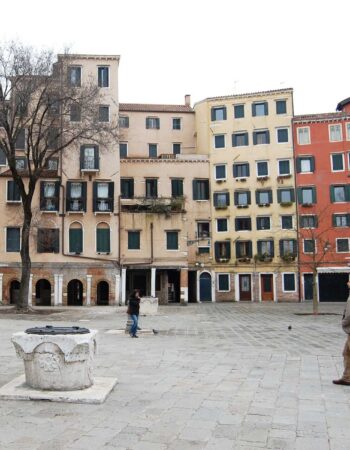 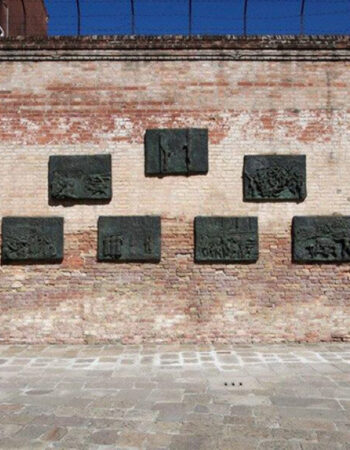 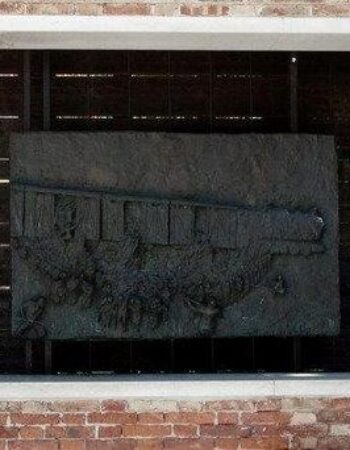 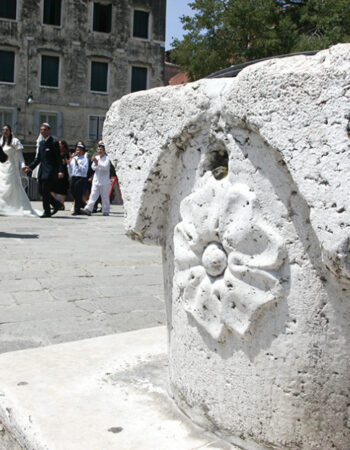 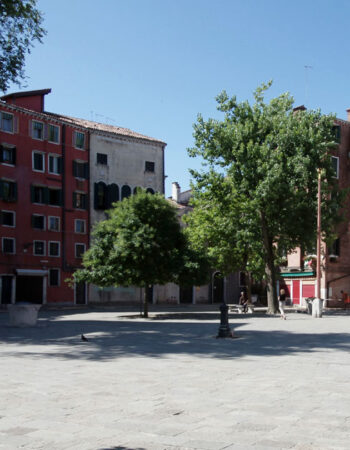 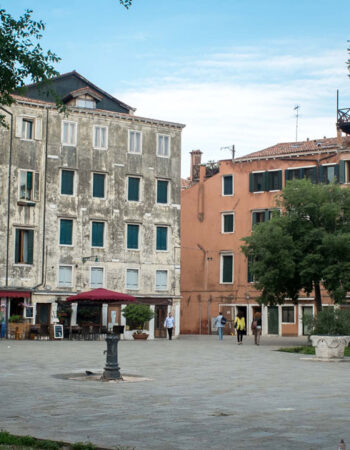 The Ghetto Novo is the area of the city to which, in 1516, the Jewish population of Venice was forced to move. The first ghetto in Europe, it stands on an island demarcated by the canals of San Girolamo, Ghetto Novo and Battello. It was originally only connected to the city by two gates.

The central square (“campo”) is where daily life was played out, with synagogues, workshops, pawnbrokers (note the sign of the Banco Rosso at number 2912) and wells for the water supply. As it could not expand beyond its borders, in order to increase its capacity for accommodation construction in the ghetto began first to become fragmented and then to take a vertical direction, so that some houses were extended up to as many as eight storeys (which was exceptional considering the instability of Venice’s sandy foundations).

During the 19th century some buildings were demolished and rebuilt. This is the case of the current seat of the Rest Home, (n° 2874), where inside is preserved the aron of the Scola Mesullamim, which was demolished in the 19th century.

On the wall of house number 2874 is the Holocaust Monument (1980). It consists of seven bronze bas-relief plaques depicting scenes from the Holocaust, by sculptor Arbit Blatas. Not far from here, another memorial by the same artist, from 1993, presents on planks of wood the names of the 246 Jews deported from Venice. Of them, only seven would return; a bronze panel depicts them boarding the train carriages.

The main square of the Ghetto Novo leads to the first three synagogues and the Jewish museum.

Visits: a guided tour of the area is available, visiting three of the five synagogues. This is run by the Jewish Museum of Venice.