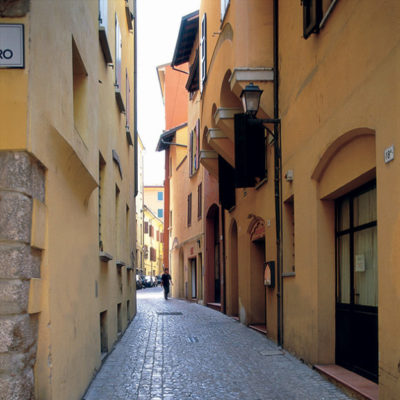 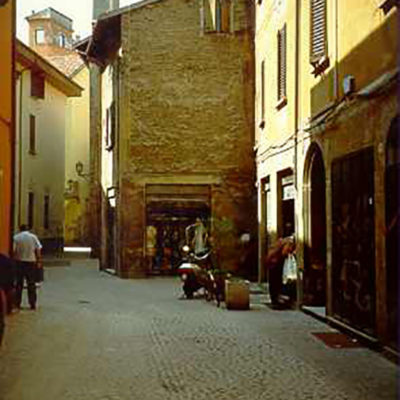 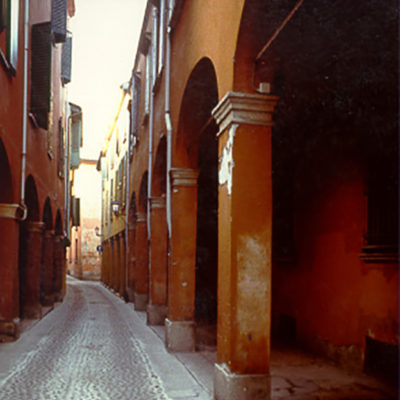 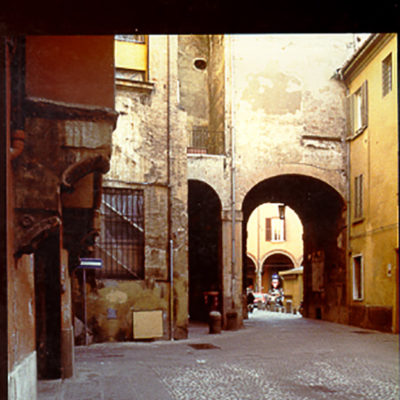 In 1555 Pope Paul IV ordered that ghettos be established in all the territories of the Papal State. The Bologna ghetto was allocated an area in the medieval part of the city central, between today’s Via Zamboni and Via Oberdan. The ghetto was separated from houses outside it by specially built walls, which limited access to it to just three entrance gates: one at the start of what is now Via dei Giudei, another on Via Oberdan near Piazzetta San Simone e Giuda, and a third on Via Del Carro, opposite Piazzetta San Donato.

Structured as described, the ghetto was effectively closed only in 1566, by order of the papal commissary Angelo Antonio Amati. However, following a papal bull of 1569 the Jews were expelled from almost all territories which were directly governed by the Church, and the area of the Bologna ghetto was occupied by new tenants who demanded that the walls and gates be pulled down, and eliminated all traces of the Jewish presence.

The new Bull of 1586 readmitted the Jews to the city for a few years, but in 1593 they were banished permanently, and were only allowed to return two centuries later in 1796, when the French arrived.

At 16, Via dell’Inferno stands the building which once housed the synagogue: this, along with the persecutions suffered by the Jews of Bologna, is commemorated by a plaque on the corner of the adjacent building.

The layout of the streets inside the ghetto is still recognisable, for the most part, and information panels have been installed by the Jewish Museum of Bologna (Museo Ebraico di Bologna, or MEB).

Guided tours are offered by the MEB (designed for both school groups and adult members of the public).