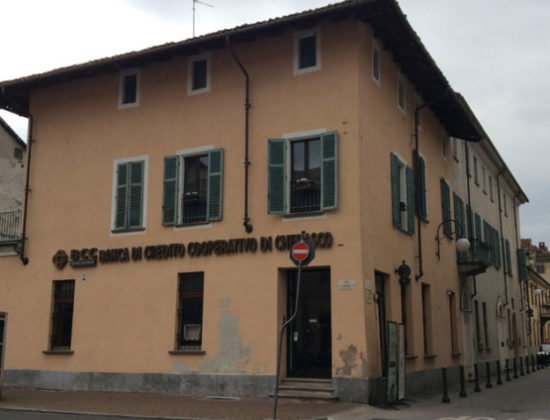 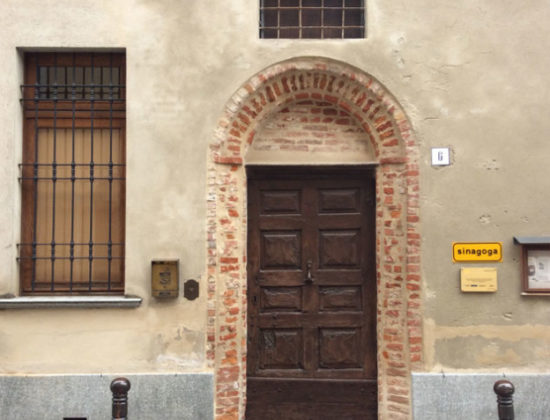 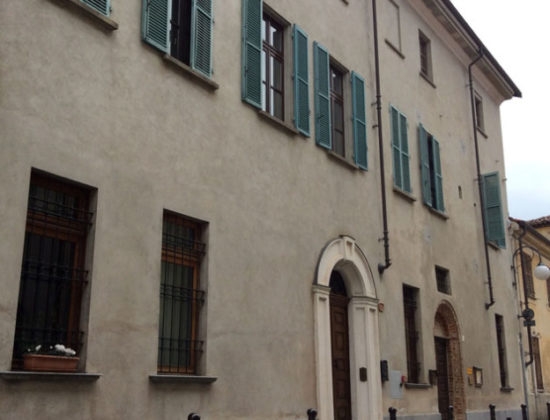 In July 1547 two Jews requested and were granted permission to move to Cherasco. Soon after a small Jewish community was forged, although it was never particularly large in size.
The obligation of ghettos, first decreed in Savoy territories in 1723, was reconfirmed by King Victor Amadeus II in the Constitutions of 1729. The following year the Jewish populations of Cherasco and Alba were forced to move to a building on the corner of via Marconi and via Vittorio Emanuele. In the internal courtyards, a system of wooden staircases and walkways connected various rooms forged from the pre-existing single-family building. In 1761 it was inhabited by 51 people.

The Jews had their first taste of social equality under Napoleonic dominion. Many settled outside the ghetto in more comfortable abodes; some founded silk weaving and new fabric trading businesses in the countryside. Abramo De Benedetti became a municipal council member after he and his brother Donato were identified as major contributors to the Municipality.

By the time of the Restoration, a return to original conditions of segregation was no longer feasible. The community had become an integral part of the city’s social fabric, oscillating between unimplemented restrictive measures and the concession of privileges. The Jews of Piedmont were definitively granted emancipation in the Royal Decrees of 1848; some are mentioned for their important contributions to the city’s development. The community dwindled as some of its members moved to larger towns and in 1857 the community was merged with that of Cuneo and later that of Turin.

via Marconi / via Vittorio Emanuele