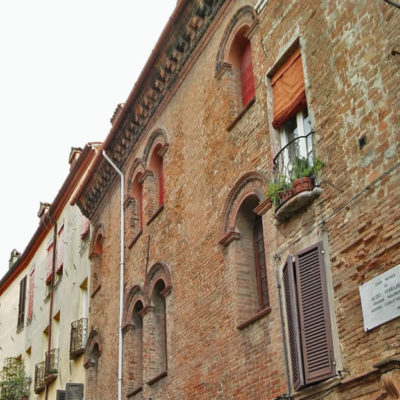 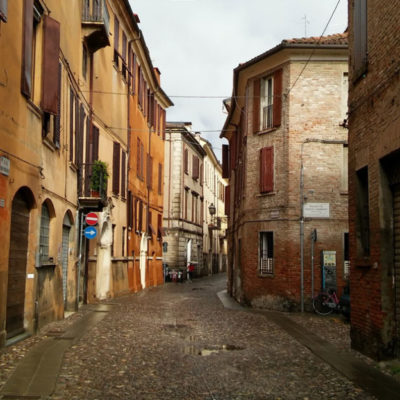 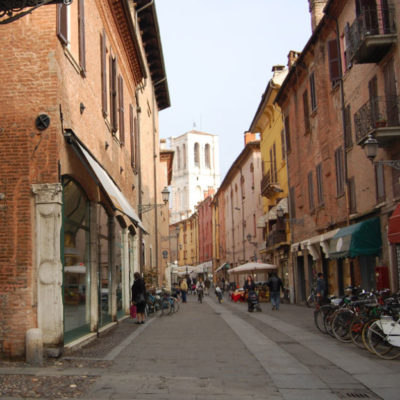 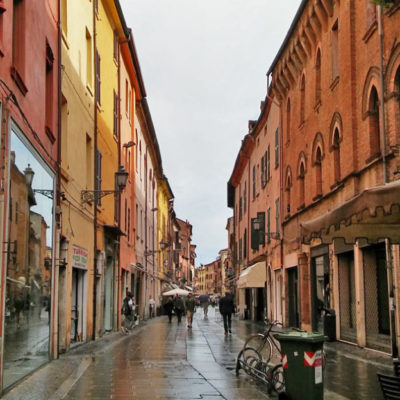 Although there are no references nor documents before the 13th century CE, Ferrara’s Jewish presence is said to date back to the distant past. The community blossomed in the 15th and 16th centuries under the Dukes of Este who granted Jews a number of rights, despite limitations in the law and records of episodes of intolerance in the town. Thanks to the Este’s inclusive approach aimed at reviving their capital city, throughout their rule very important personalities of the Jewish world of the time passed through Ferrara. There were about two thousand Jews living in the city and ten prayer halls, often associated with private pawn shops. However, the situation changed when Duke Alfonso II died heirless in 1597 and Ferrara returned under the Church, given it was a papal feud. The Este Court retreated to Modena and many Jews followed them. In Ferrara Jews were progressively excluded from rights, and in 1624 the Ghetto was established in the heart of the medieval city, where the community had been living for years. It included Via dei Sabbioni (now Via Mazzini), enclosed by gates where it meets Piazza delle Erbe (today’s Trento Trieste) and, on the opposite side, Via Terranuova. Via Gattamarcia (now Via della Vittoria) was also enclosed at the crossroads with Via Ragno; via Vignatagliata likewise where it crosses Via de’ Contrari, and Via San Romano. The densely built-up area included Jewish homes and shops. There were three synagogues – two Italian and one Ashkenazi – all in the same building in Via Mazzini, which is where the community’s offices and facilities still are. A fourth synagogue was in Via Vittoria. The Oratory of Saint Crispin’s, where the forced conversionary sermons were held, was on the square, close to the corner with Via Mazzini, having been transferred from the chapel in the Palazzo Ducale (Duke’s Palace), so that the Jews could be spared the humiliating insults hurled at them by the populace during their walk from the ghetto. Despite their forced isolation, the community’s cultural and social life thrived and welfare & education confraternities and a Rabbinical School were established.

Many of the civil limitations were lifted with the arrival of the French (1796), which meant Jews were able to participate in public life. The ghetto was sealed off once again from 1825 to 1848, when the gates were finally removed. However, in 1849 Jews were disenfranchised yet again. Full equality was only achieved with the city’s annexation to the Savoy Kingdom, in 1859.

Although some buildings have since been renovated, the area which once was the ghetto is still fully identifiable.