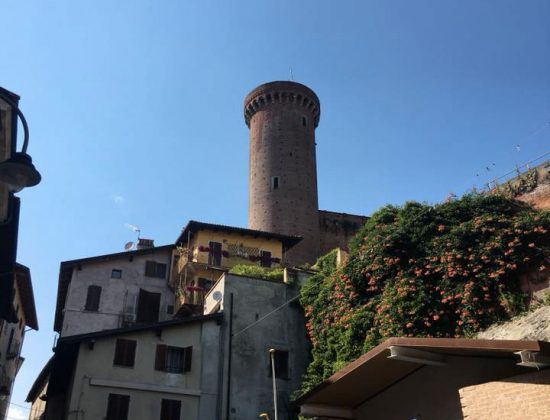 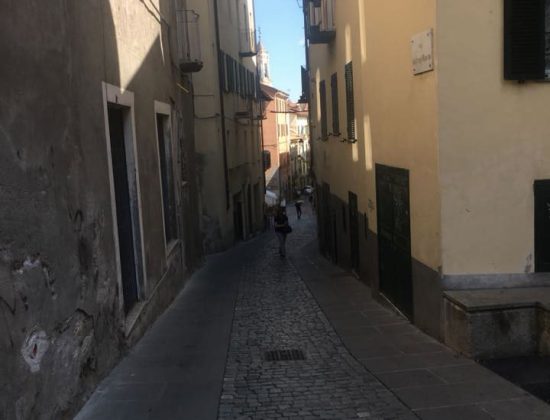 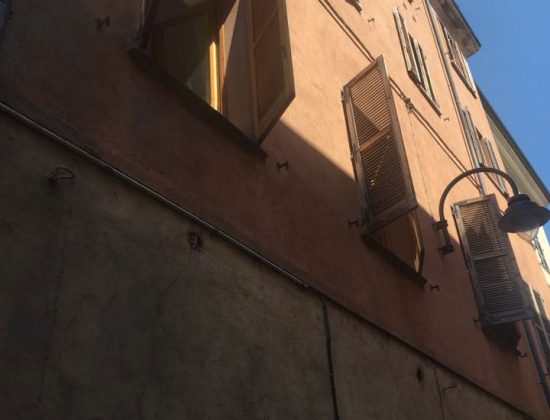 The earliest documented presence of a Jewish community in Ivrea dates back to the 1540s, a time of violent riots against local Jews, with attempts to plunder stocks of pawned objects. Later a more stable presence is documented, with the arrival in 1547 of four merchant brothers who obtained a ten year trading permit. During this period the community lived in the Borghetto suburb near Ponte Vecchio.

Permits were regularly renewed and required the payment of huge sums into the city’s coffers. During the 17th century many Jews fled from the surrounding rural areas to Ivrea due to violence and acts of intolerance. The community grew in size and was moved to a central area near via Arduino. The ghetto was founded by the House of Savoy in 1725, in a building of modern-day via Quattro Martiri, where the community’s headquarters are still located today. A census of 1761 recorded 57 inhabitants.

In 1801 the ghetto was devastated and plundered by a band of farmers from the surrounding countryside. Further atrocities were averted thanks to measures taken by municipal authorities and this narrow escape was celebrated by local Jews for many years.

Equal rights were obtained in 1848; the community continued to grow for many years, also in virtue of the city’s industrial development; when the city was affected by an industrial crisis, the community dwindled and today consists of only a few members.