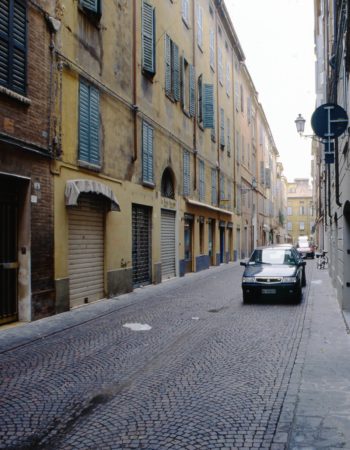 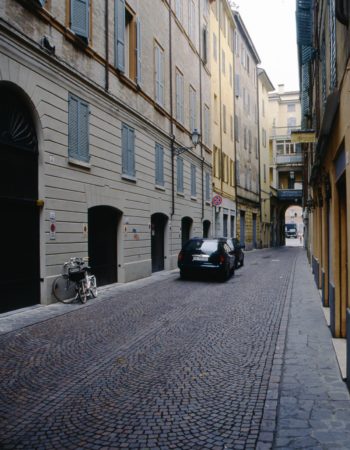 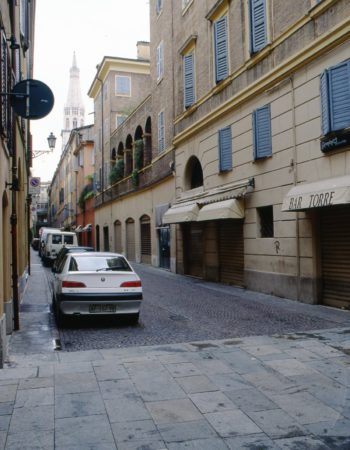 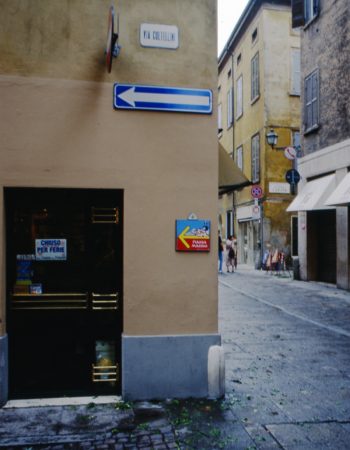 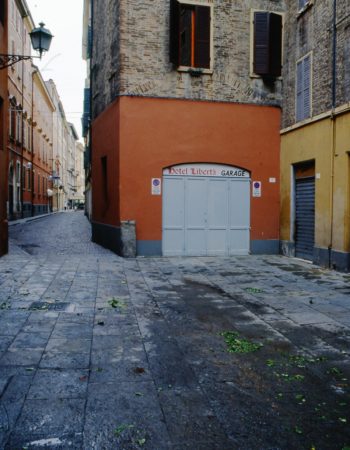 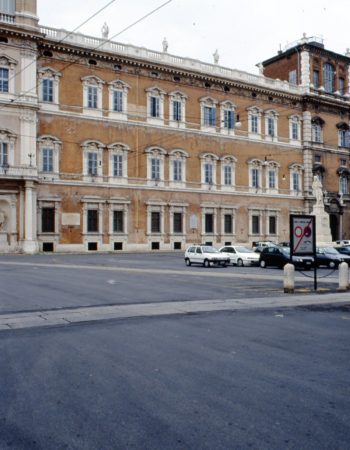 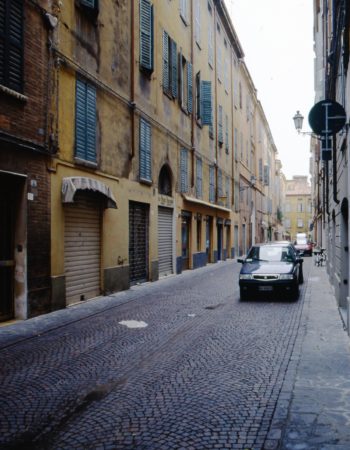 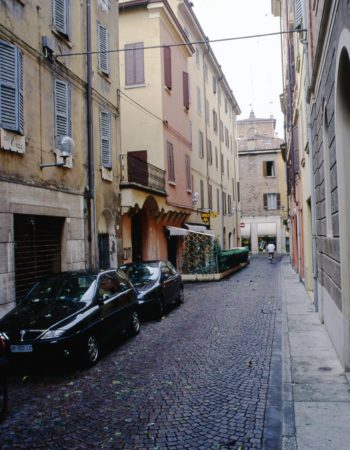 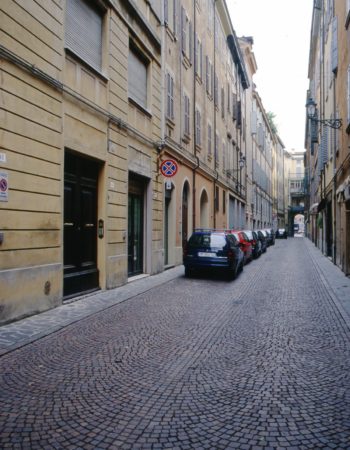 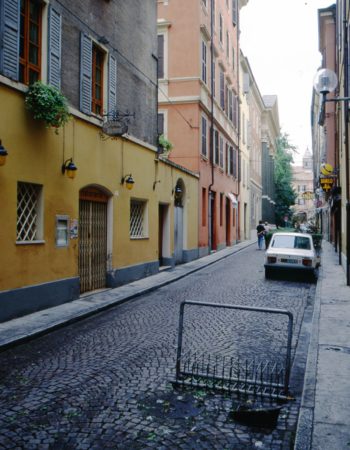 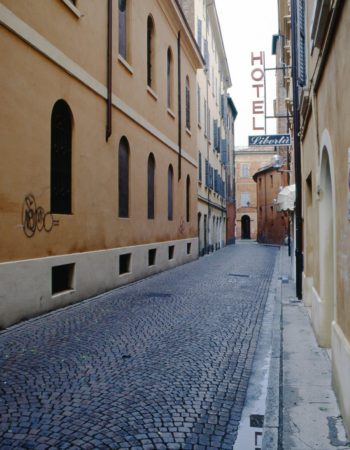 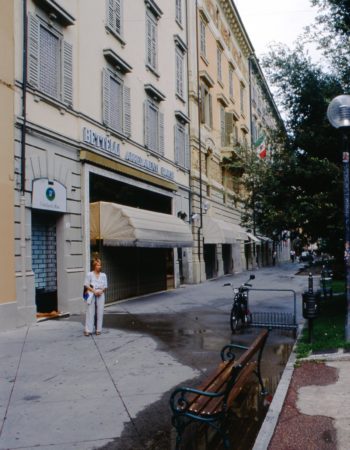 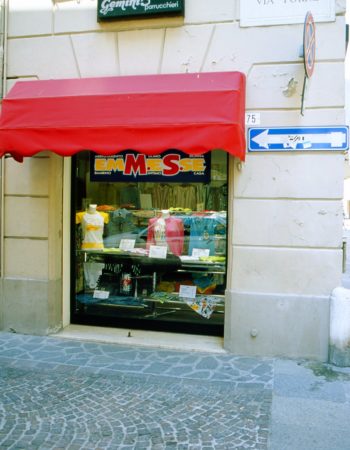 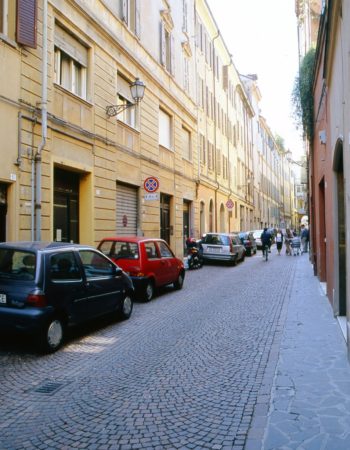 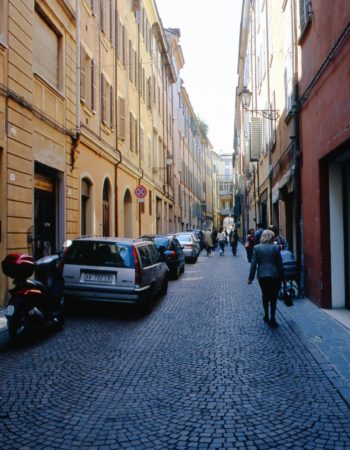 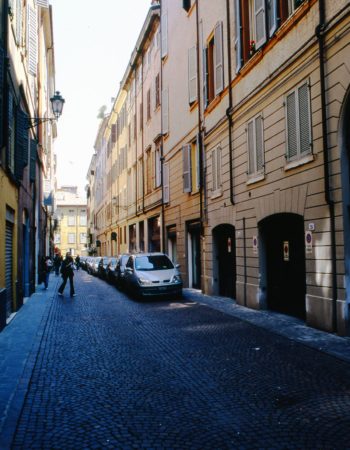 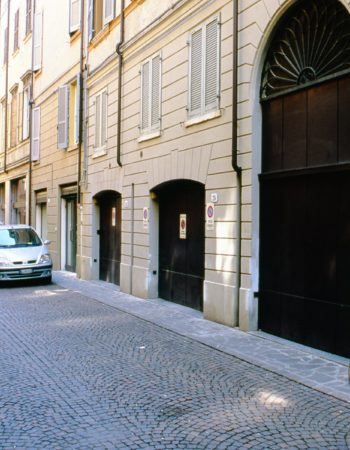 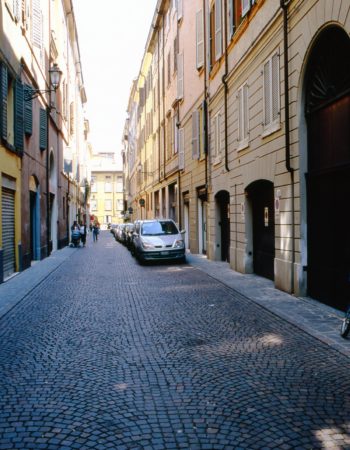 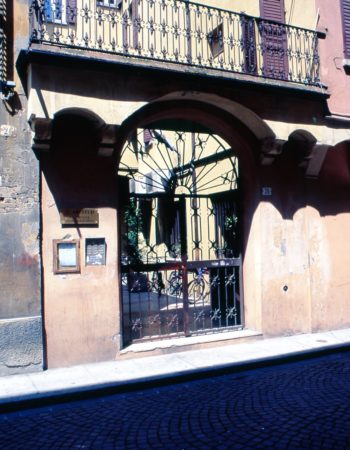 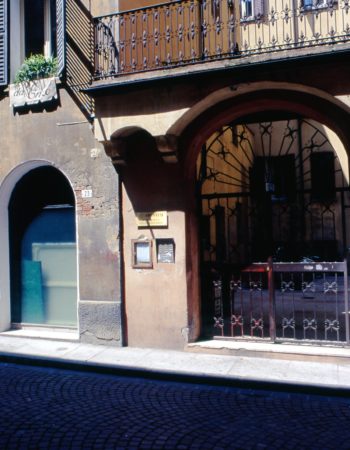 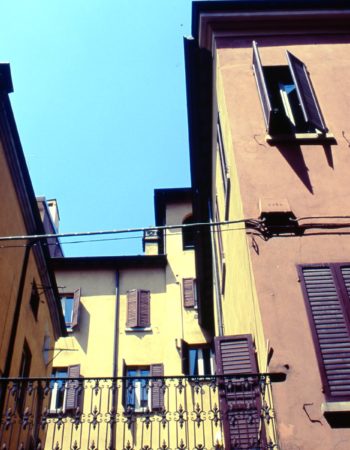 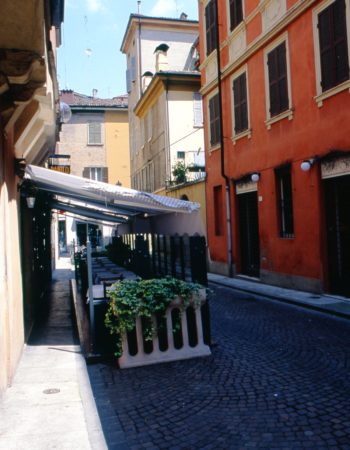 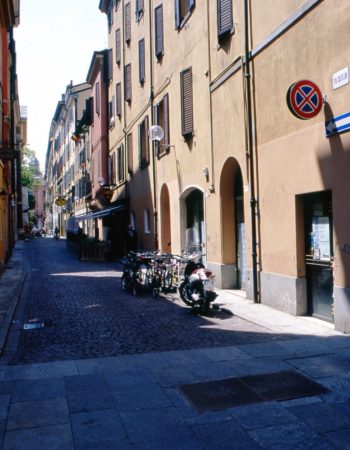 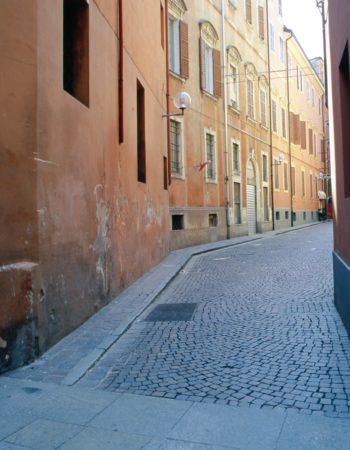 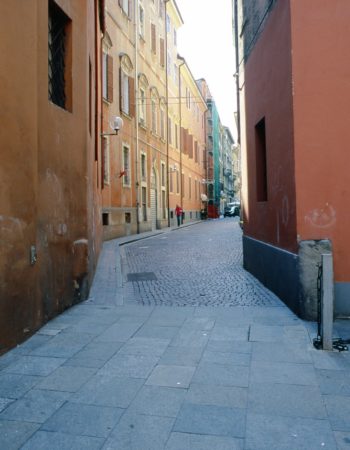 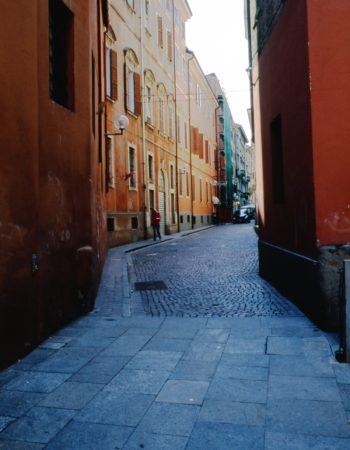 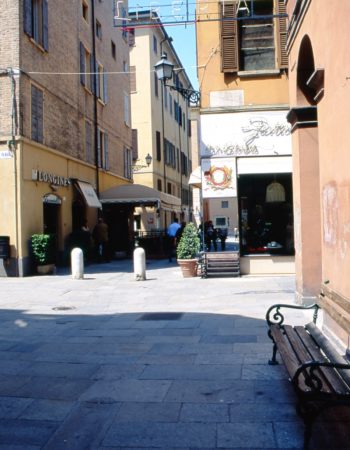 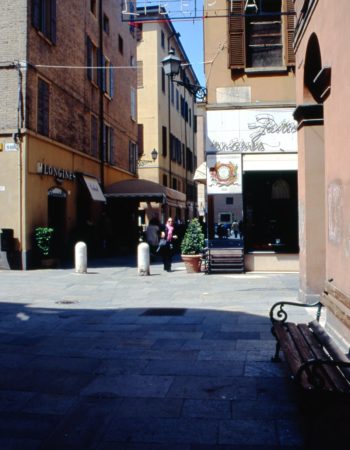 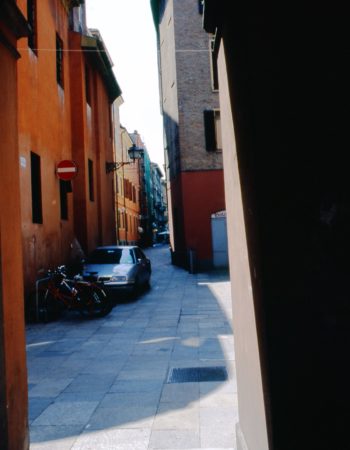 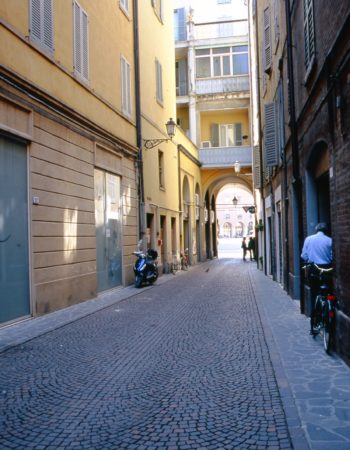 The first proof of the Jewish presence in the city dates from the late 14th century: a deed of purchase of a burial ground, and a permit to trade as moneylenders. In the two centuries that followed the group lived in relatively good conditions. Many Jews exiled from Spain or Portugal and from the German lands were welcomed by the d’Este dukes, who saw them as a resource for the economy in their territories.
However, increasing intolerance from the local population and the pressures exerted by the Church State prompted restrictive measures. These led to the introduction in 1620 of the distinctive symbol to be worn by Jews, and in 1638 Duke Francesco I ordered that they be confined to the ghetto. An area of the medieval town where some of the Jews homes and businesses were already concentrated was set aside for this purpose. Initially the ghetto covered Via Blasia and Via Coltellini, between Via Emilia and Via del Taglio; in 1724, Vicolo Squallore was also included, along with Via Torre in 1783. The Jewish quarter was sealed off at night by four gates; at the end of Via Blasia (corner of Via del Taglio), a bollard still bears the traces of a hinge which most likely belonged to one of the gates. The congested enclosed space contained around one thousand people, all their businesses and various synagogues which succeeded each other over the centuries (there is evidence of a Spanish rite one in Via Coltellini 25, open until the mid-19th century; its forecourt is still visible).

It was under Napoleonic rule (1796 – 1815) that the Jews gained equality with other citizens; after the ghetto was reinstated during the Restoration years, the community was definitively emancipated with the city’s annexation to the Kingdom of Italy (1859).

Some of the most unsanitary blocks in the ghetto were demolished in the early 20th century. Piazza Mazzini was built in their place.