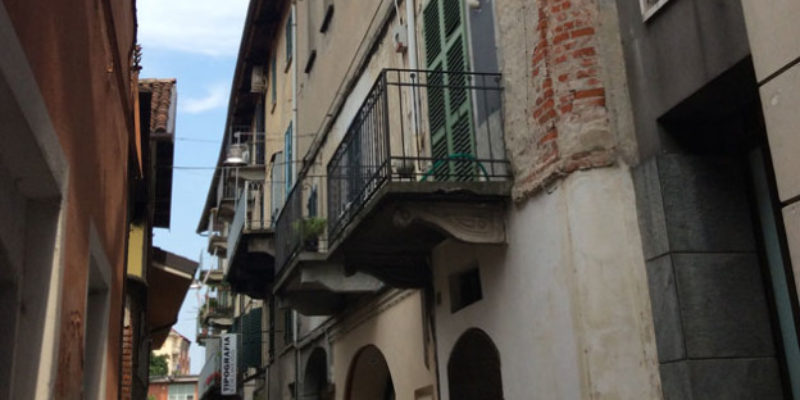 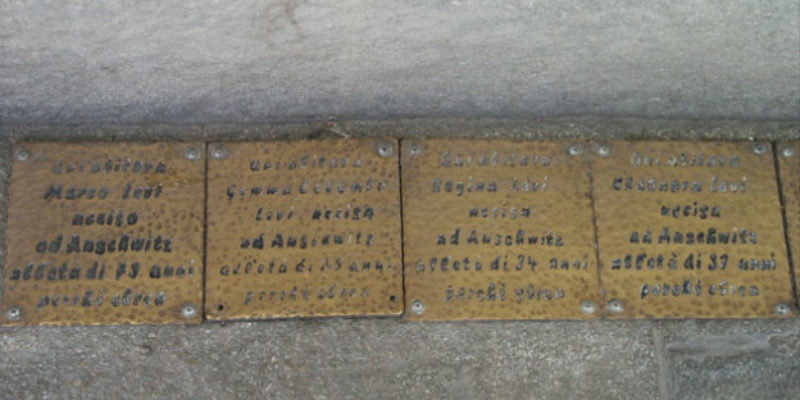 The first Jewish settlements in Marquisate of Saluzzo date back to the late 15th century. Originally they were distributed throughout numerous hamlets in the region which converged in the city of Saluzzo during the 16th and 17th centuries. With the acquisition of the Marquisate by the Savoy and the treaty of Lyon (1601), the history of Saluzzo’s Jews converged with those present in all other Savoy territories. In 1723, King Victor Amadeus II emanated the Regie Costituzioni (Royal Constitutions) which decreed the segregation of Jews in the ghetto. The ghetto’s earliest location remains unknown, however in 1795 it was ‘moved’ to a block of chiassetto Venezia, near modern day piazza Risorgimento. Access to the synagogue is through the courtyard at number 10, and it is located on the last floor of a building overlooking the road, devoid of any external features which allude to its presence.

After a brief period of suspension during the Napoleonic period, reclusion in the ghetto was imposed once more during the Restoration years and  definitively repealed in 1848 with the Royal Decrees emanated by King Charles Emmanuel of Savoy-Carignano.

After the Second World War, the old chiassetto Venezia was renamed “via dei Deportati ebrei” in commemoration of the 29 victims of the Shoah who were deported from Saluzzo. From 2009, the installation “Tracce del ricordo” (traces of memory) commemorates their names with small brass plaques set in the pavement in front of where their houses once stood. Many are located within a short distance of the old ghetto, in piazza Risorgimento, via Spielberg and via Bodoni.