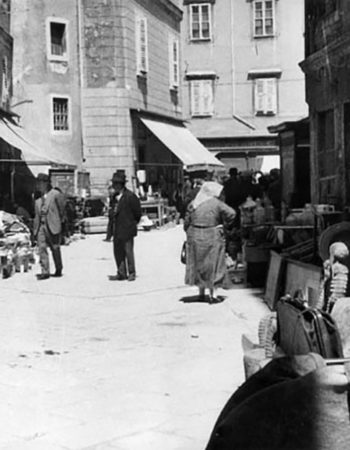 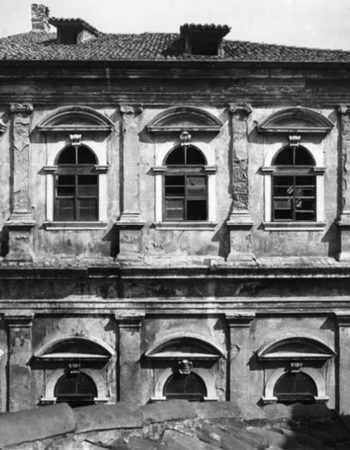 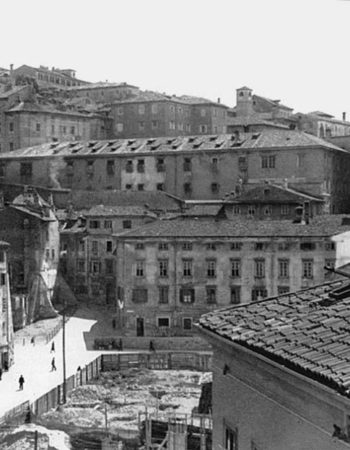 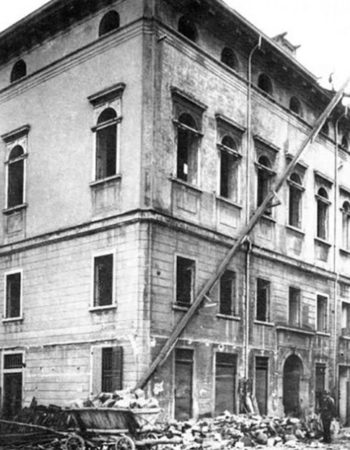 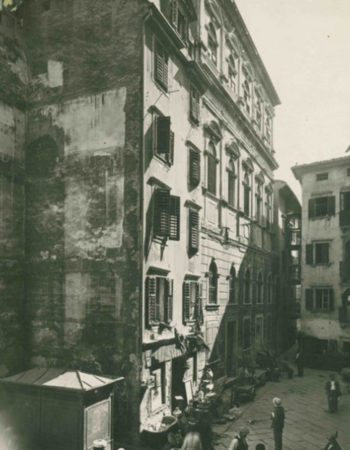 The ghetto of  Trieste was originally established in 1695 by Emperor Leopold I of Austria. Initially situated in the area of Court Trauner, it was transferred in 1696 to the area comprising the districts of Malcanton, Riborgo and Beccherie, which were characterised by their numerous side streets, such as Via del Pane (Bread Street), Via delle Ombrelle (Street of Umbrellas) and Via Stretta (Narrow Street). At the centre of this area was the district of the Jewish schools in which, in 1748, the community’s first synagogue was built – the Scola Piccola, or no. 1, of German rite. Destroyed in a fire in 1822, it was rebuilt larger in 1825 and remained in operation until its demolition in 1938.

In 1798 two more synagogues were built. These occupied two floors of the same building in the square of the Jewish schools, and were named Scola Grande, or no. 2, of German rite, and Scola Spagnola, or no. 3. In 1805 a fourth synagogue – Scola Vivante – was opened in a building in Via del Monte, outside the ghetto area.

The first liberties were granted with the Patents of Toleration issued by Emperor Joseph II in 1781-82, and the ghetto was finally abolished in 1785. Today the original ghetto areas appear remarkably different following the urban renewal operations that were carried out in the district in the ’30s.

For visits with licensed guides included in guided tours of the Jewish sites of Trieste, please contact visit@triestebraica.it