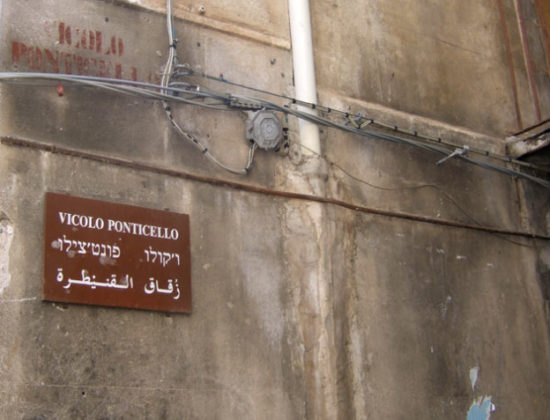 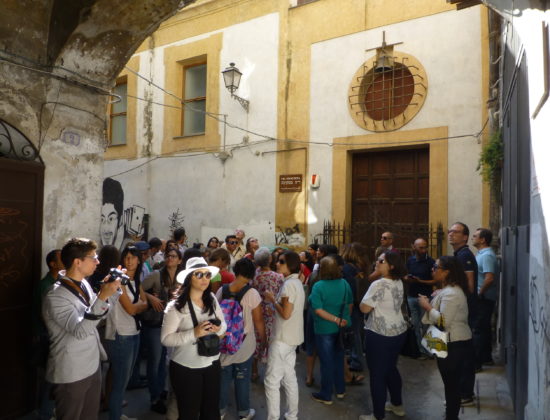 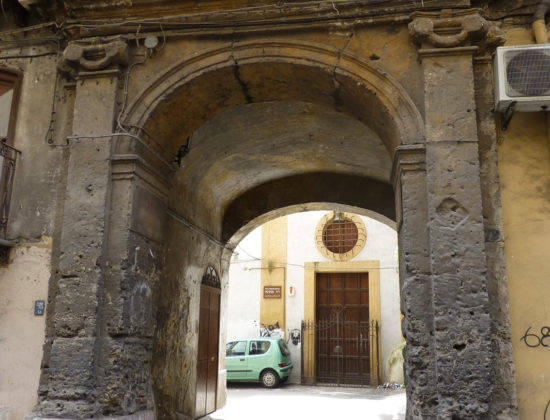 The Jewish neighborhood of Palermo

A Jewish group lived in Palermo since the 6th century, during the reign of Pope Gregory the Great, and remained there uninterrupted until the expulsion (1492). This was the largest, leading Jewish community in Sicily. During his journey (1170-1173), Benjamin of Tudela describes around three thousand Jews in Palermo, with several synagogues and a hospital with gardens. It is thought that five thousand people left the city at the time of the expulsion. Obadiah da Bertinoro also stayed in Palermo (1487) and described the life of the community in a letter written to his father. The Jews always lived alongside the Christians, and were only forced to wear the distinguishing symbol during certain periods. They worked mainly as weavers, dyers and merchants in general. King Ruggero II granted them many privileges, including the monopoly on silk-working, an industry based in none other than the royal palace itself (what is now Palazzo dei Normanni, seat of the Sicilian Regional Assembly). It is here that King Ruggero’s famous cloak was woven and embroidered; now it is at the Weltliche Schatzkammer der Hofburg museum in Vienna.

Palermo was a cosmopolitan city, an emporium of interaction between Muslims and Christians. Each of its quarters had specific economic and social features. The Jewish quarter was Harat al Yahud, and was part of the larger quarter called Harat al Masgid (the area of the Ibn Saqlab mosque). The latter was divided into two parts: the Jewish sector, adjacent to the Cassaro area with the Porta di Ferro; and the Haratabu Himaz Muslim sector, Harat abu Gamin. The city’s other quarters were: the Galca (ancient city of Paleopolis); the Cassaro (formerly Neapolis); Harat as Saqalibah (the Schiavoni quarter) north of the Cassaro; and Halisah (today’s Kalsa area).

The Jewish quarter can today be identified between Via Maqueda and Via Roma in the city centre. It is bordered to the north-west by Via Ponticello, by Via Calderai to the north, to the east by Via San Cristoforo, and by Via Giardinaccio to the south, as far as Piazza Quaranta Martiri. From Via Calderai, a passageway (Arco della Meschita) leads to the Vicolo della Meschita; right opposite the entrance is the little church of the Madonna del Sabato. Although abandoned for decades, after restoration, it is destined to become a place of worship and scholarship for the Jews of Palermo. At the end of the lane is Piazza della Meschita. This area is home to the municipal historic archive, reached from Via Maqueda via a narrow street which leads to the courtyard; and the Church of San Nicolò da Tolentino, built on the site of the synagogue visited by Obadiah. It is commemorated by a Latin inscription on the right-hand pillar of the central doorway. The cemetery, as indicated in a map from 1777, was on what is now Via Abramo Lincoln, north-east of Corso dei Mille. A moat was dug there after 1492, transforming the area.