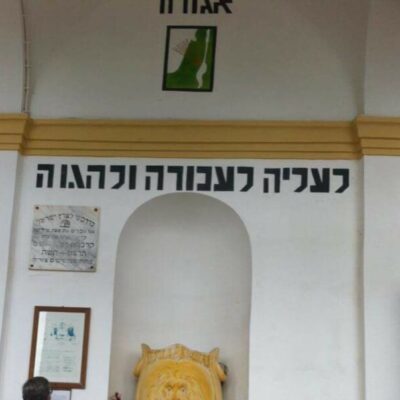 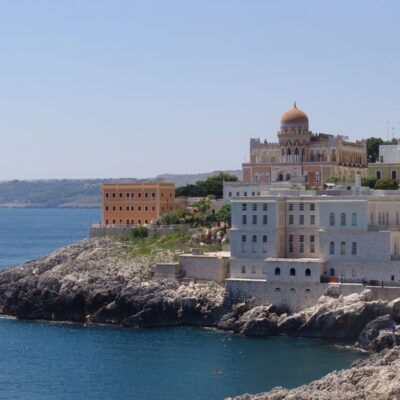 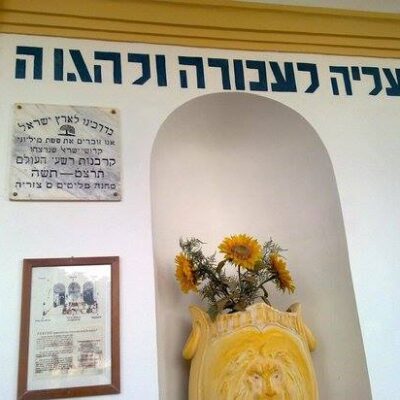 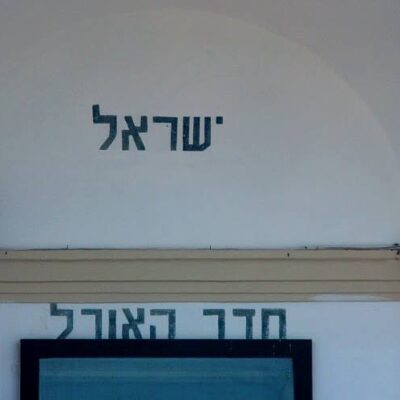 Santa Cesarea Terme is a centre for thermal baths (spa), on the eastern coast of Salento, and one of the towns that received Holocaust survivors in Camp 36, one of the Displaced persons Transit Camps, the others being in Santa Maria al Bagno, Santa Maria di Leuca and Tricase Porto. Camps came in different sizes and duration and were organised and run by the Anglo- American Allied Forces, by Jewish welfare organisations and by the soldiers of the Jewish Brigade, who at the time were part of the British Army. Santa Cesarea Terme retains the memory of those brief stays in the Hebrew inscriptions on the walls of the Bar Porta d’oriente which faces the main street. The writing may have been linked to the function the rooms had for the various organisations given they read the Organisation or Union of Workers in Israel, For migration, work and defence, Canteen. Over time, the writing has been touched up to avoid it fading, and some spelling mistakes have been made.