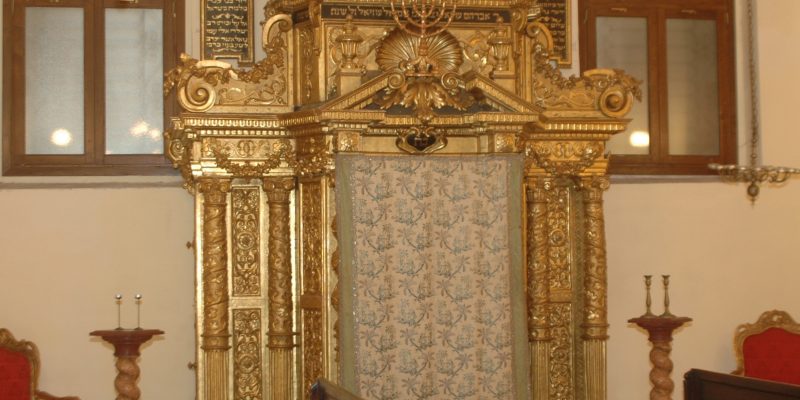 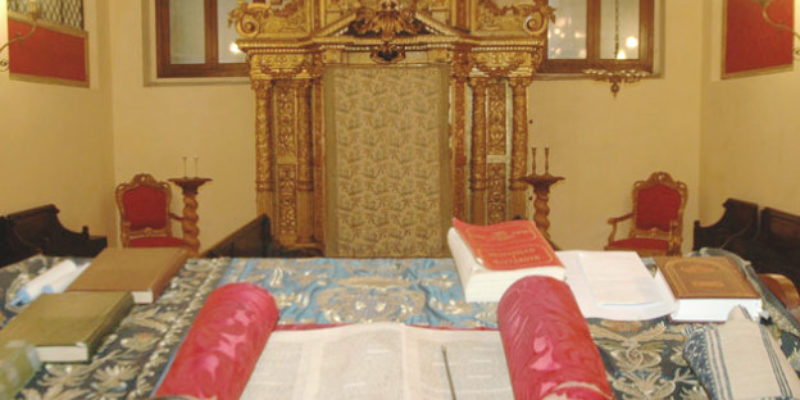 Demolished in 1932, it was reinstalled in the rooms beneath the scola Levantina, which itself had been deprived of its original site and moved to this premises in 1876. We know that in the 16th century there was an Italian rite synagogue in Vicolo del Gozzo near the church of San Rocco and San Sebastiano (now the Piazza Kennedy area). In 1597 the church’s confraternity successfully campaigned and paid to get the synagogue transferred, as it was considered an element of disturbance for the church’s own liturgical activities. After that, for more than three centuries, it remained in a building in the ghetto between Via Astagno and Via del Bagno, in the very section which was gutted in the 1930s to make way for the expansion of Corso Stamira. Attached to the synagogue was the ritual bath, the Rabbinical court, the Yeshivath Shalom academy and eventually the headquarters for the Community as a whole. Upon its demolition there was talk of building a new synagogue from scratch, and blueprints were drawn up but eventually it was decided that what is now its current location was sufficient. Most of the original furnishings were transferred here, maintaining the original bi-focal layout with the tevah opposite the aron on the side of the entrance, and benches for the faithful along the central axis. The elaborate gilded wood aron was originally preceded by a colonnaded structure also in gilded wood; in the new premises part of this was turned into a canopy for the tevah, which also had to be adapted due to the lower ceilings of its new location, whereas it had previously been in a raised position in the original synagogue.

All that remains of the Rabbinical academy is the aron hakodesh, now held, along with the tevah of the scola italiana of Pesaro, at the Istambuli synagogue; the latter is part of the complex of four Sephardic synagogues in the Old City of Jerusalem.