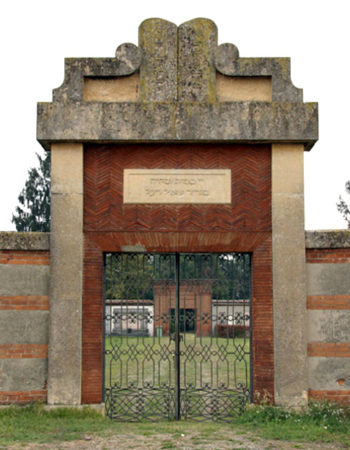 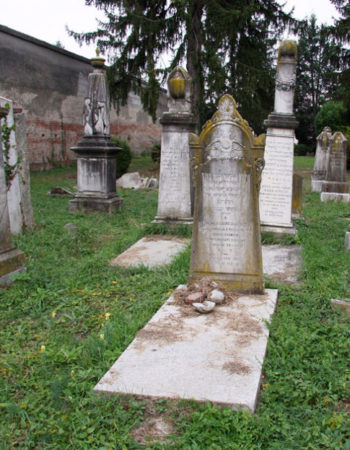 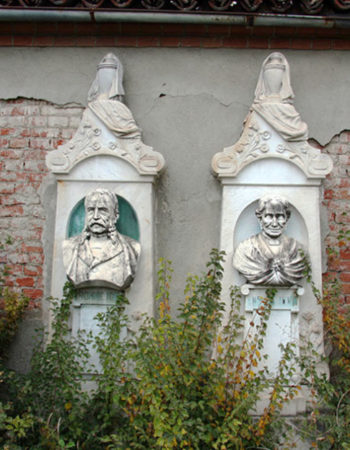 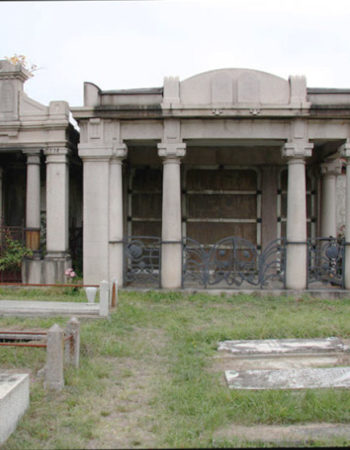 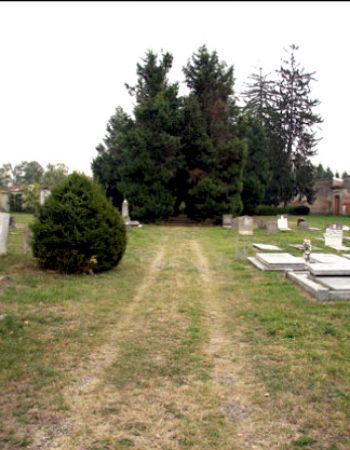 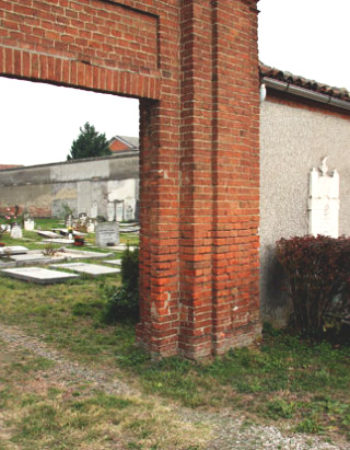 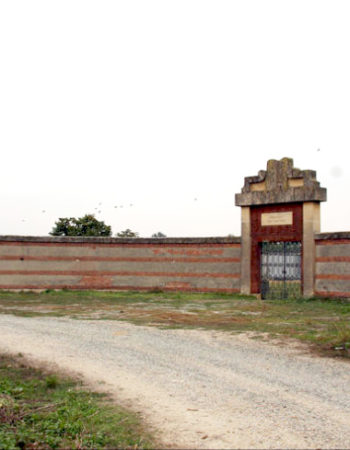 With the edict of Saint-Cloud in 1804 burial sites had to be moved away from inhabited areas. Consequently, the old Jewish cemetery, situated in the area of Porta Marengo in Alessandria, was abandoned.

The new site was created between 1805 and 1806, at the same time as the municipal cemetery, of which it is now a part. Later, in the second half of the 19th Century, it was enlarged, and in 1936 a separate entrance was built, with a severe portal at the centre of a monumental exedra. Today this entrance is used solely for the funeral processions; for visitors access is through the general cemetery.

Inside the cemetery with its evocative atmosphere the longitudinal avenue is lined with the original trees and natural vegetation. The oldest part is characterised by simple, neatly-aligned memorial stones and plaques, many of which are now corroded and fallen. After the Emancipation some families began to commemorate their loved ones by erecting monumental tombs, designed in the same style as the architecture of the adjoining Christian cemetery. While in some cases there are symbols of the Jewish tradition, in fact, in others there are allegorical subjects characteristic of non-Jewish.

cemeteries. Many tombs also carry detailed portraits of the deceased (a custom that was alien to the Jewish tradition) in the form of bas-reliefs, photographs and expressive statues.

The Jewish section is reached through the municipal cemetery
Opening hours:
from April 1st to November 5th: daily from 8.00 am to 5.45 pm;
from November 6th to March 31st: daily from 8.00 am to 4.45 pm
Jewish section closed on Saturdays and Jewish holidays
Contacts: tel. +39 0131 223085
https://www.comune.alessandria.it/servizi/lavori-pubblici-e-urbanistica/cimiteri/elenco-cimiteri