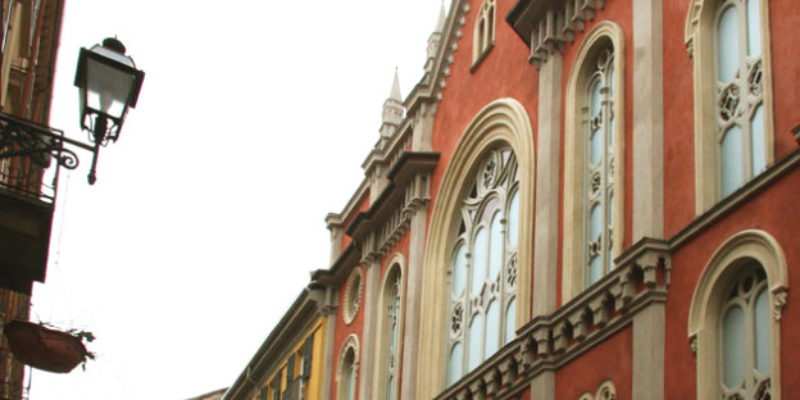 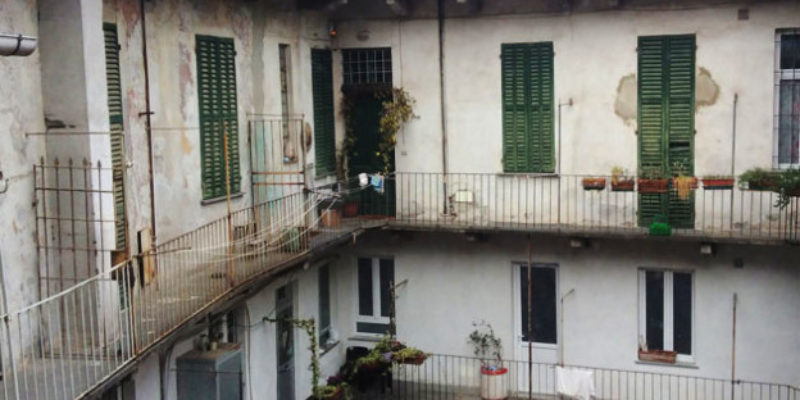 The first documented Jewish inhabitants include Abraham Vitale de Sacerdoti, who in 1490 received permission to settle in the city in order to open a lending bank. In the centuries that followed his family was to play a prominent role both in the Jewish Community and in the city, which was then under the Duchy of Milan. His descendant Simone managed to prevent the implementation of the repeated orders of expulsion from the Spanish dominions of Lombardy, culminating in the expulsion of 1597.

When the city came under Savoy rule, in 1707, the events regarding the Jewish Community involved also those of other areas of Piedmont; although freedom of residence, religion and trade was confirmed, in 1723 Jewish segregation in ghettos was formalised. The area chosen was that which was at the time known as the Contrada degli Ebrei (Jewish District), between the present-day streets of Via Migliara, Via dei Martiri, Via Vochieri and Via Milano, where the Jewish population has long owned houses and shops. The ghetto of Alessandria was the third most densely-populated of Piedmont. In the census of 1761, in fact, it counted 420 inhabitants. Despite the 19th Century changes, the area has retained some characteristic features such as communicating walkways and mezzanines which enabled the ​​housing area to be extended during the years of forced residence.

After the 1848 Emancipation many of the Alessandrian Jews contributed in various ways to life in the city and Italy’s Risorgimento. In the last century, the phenomenon of urban migration together with racial persecution brought about a drastic reduction in the Community’s population. Today, in fact, it is a part of the Turin community.