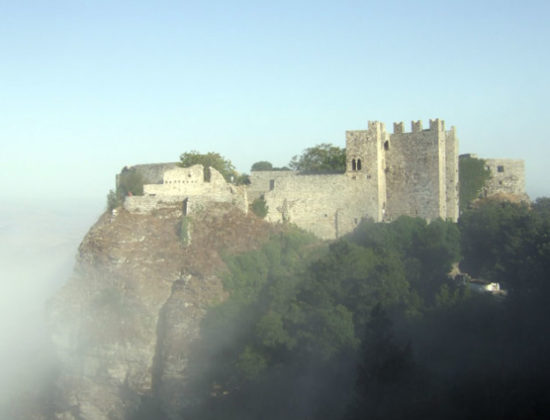 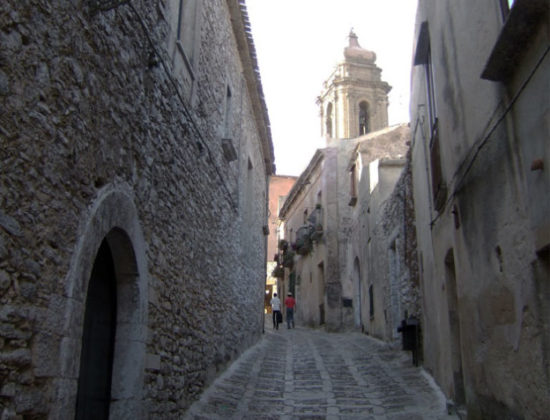 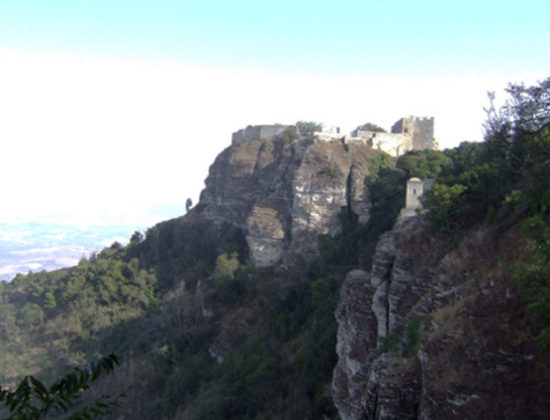 Erice is a small town that stand above Trapani, from the homonymous mount. A small Jewish group was very active between 13th and 15th century, until the expulsion. Living in all area, they were more gathered nearby the northern wall of the town, near what is now the church of Sant’Antonio Abate. The area was severely damaged by anti-Jewish riots in 1392. The Jews were presented with a choice: convert or die. Not far from here was the cemetery. The Jews living here worked as ironsmiths, goldsmiths, cotton workers, carpenters, merchants and money lenders. Some owned land on which they grew vines. Today, the memory of the town’s former Jewish population lives on in the place names of Via Giudaica and Via Apolline, on the northern side.

The Antonio Cordici Museum holds the only surviving Jewish tombstone. A cabinet displays a fragment of a Roman oil lamp portraying a menorah.

A second inscription, now lost, was located in the now restored church of S. Antonio Abate. It attested the presence of the synagogue in the Caim courtyard near the “Piscina Apollonis”. The synagogue became a private house after the Jews were expelled.