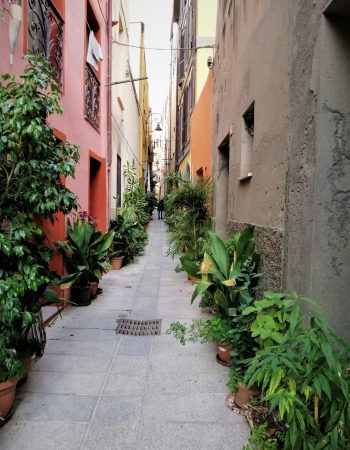 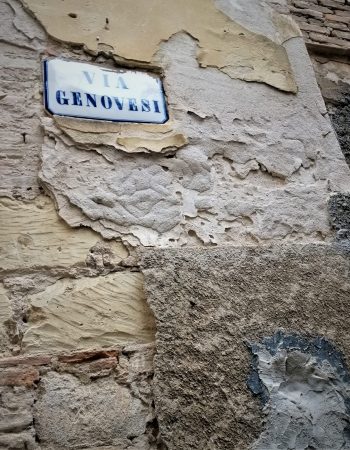 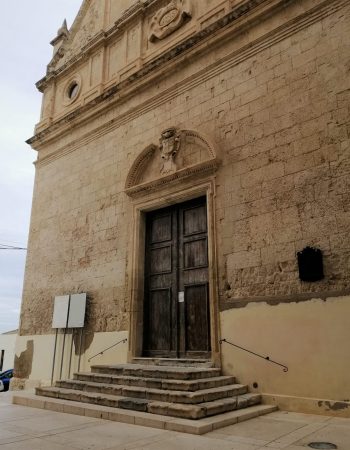 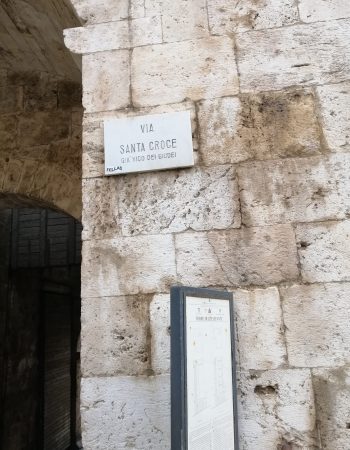 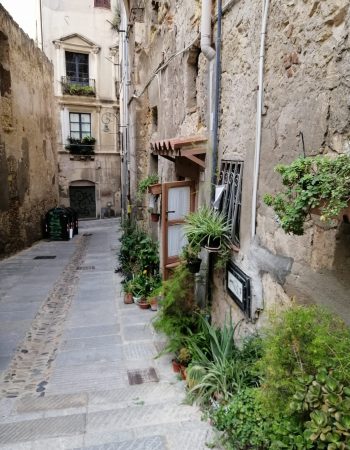 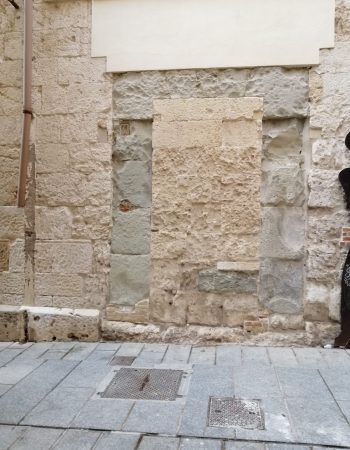 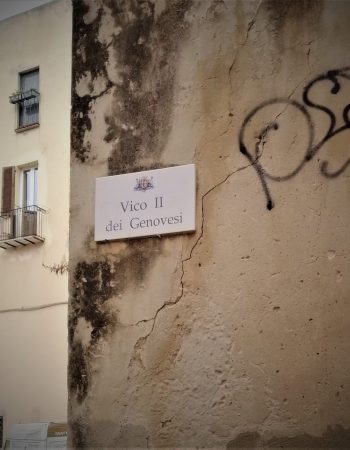 The juharia in the Castello District

A Jewish presence is well documented in Cagliari following the Aragonese conquest of the city in 1323. Expulsion from all the domains of the Spanish Crown took place in 1492 and thus also affecting Jews in Sardinia despite a peaceful coexistence. Some accepted to convert and became Christians, although most returned to the mainland.
The Castello (Castle) District shows the signs of the century of Jewish presence in the maze of lanes and alleyways close to Piazza Palazzo and the Little Cannas Square, right up to the scenic Via Santa Croce. The small office of the Chenàbura Association (the name means Friday in Sardinia) a houses small museum with artefacts from the Jewish tradition. The Association’s office leads down to the many small streets of the juharia: via de la Fontana with the fountain for Jews that was also used by all the residents of Castello; further on via de Orifanti (currently Via Corte d’Appello), crossing the three streets dei Genovesi, via Stretta (formerly Via Vinaria) where trading took place, to Via Santa Croce, where the church by the same name stands. The latter may have been erected where the ancient synagogue once stood.  The boundary of the Jewish Quarter ran along Via Santa Croce, formerly vico dei Giudei (the Judeans’ Lane) and ended at the Torre dell’Elefante (The Elephant Tower). The oven was in the Balice District, where the University now stands, while the slaughter house had a section for Jews. The areas where the cemeteries (fossar judeorum) once were, can only be inferred from papers, one outside the Castle walls, and the other in the ancient Stampace District close to the Porta Palabanda (Palabanda Gate) close to the Convent of Saint Francis, although nothing remains.

Jews have been in Sardinia for a long time: in Ancient times (1st Century of the ME), soon after they were brought to Rome. Historians say that in the year 19 of the Modern Era, Emperor Tiberius sent 4,000 forcibly conscripted Roman Jews to Sardinia to fight brigandage and to mine ore. At the end of conscription many went back to the mainland, but some settled on the island as archaeological ruins dating back to the 3rd-5th centuries show, and specifically the catacombs of Saint Antioch in Western Sardinia. Archaeological digs have brought many finds with Jewish symbols and Hebrew letters currently on display in Museum in Sassari and Cagliari where the main Jewish communities were, along with Alghero’s. The silence shrouding the Jewish presence in Sardinia  lasted for about eight centuries. Their presence was mentioned again in the 14-15th centuries with the with the beginning of the Aragonese Conquest until the 1492 Expulsion.

Via Lamarmora, via dei Genovesi, via Stretta, via Corte d’Appello, via Santa Croce