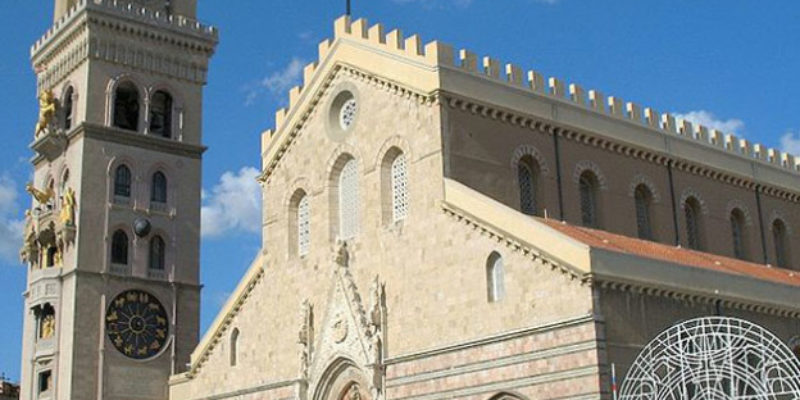 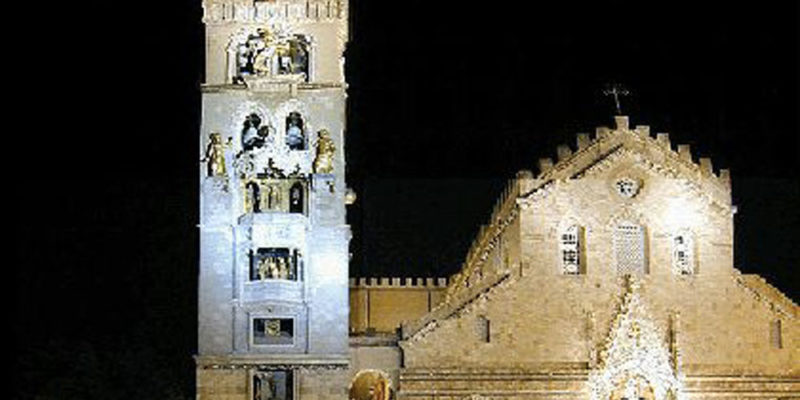 An ancient settlement that was already extant in the age of St. Gregory the Great, it was visited and described by Benjamino of Tudela during his journey to Jerusalem. In around I1280, Spanish mystic Abraham Abulafia founded an Ecstatic Kabbalah centre there, which subsequently drew illustrious academics to the city.

In 1171, the Messina Jewish community numbered around 200 families, with around 180 in 1453, and more than 2400 people at the time of the expulsion (1492). They were involved in the silk reeling, metalworking, tanning, dyeing and above all commerce. The Messina Jews were used to sell all their products but were very active in the commerce of clothes and spices and, less, of slaves and sugar. Among the big Jewish families there were a lot of doctors (particularly the families Bonavoglia and Faccas). The Jews were mainly concentrated in the Giudecca quarter, in the Vetus Urbs, between the Cathedral and the Portalegni torrent.

In the XVI century the area was incorporated within the city walls. On the southern border was the Ponte della Giudecca, and not far from there the church of San Filippo Neri, behind which was the synagogue. The latter, according to a XVII century legend, is said to have been turned into the Candeloja church in 1347 (since demolished) to punish the Jews, who were accused of ritual killings. On that occasion, several Jews were decapitated and their heads put on display. Local scholars would use this far-fetched tale to explain the existence of a plaque which was later walled into the façade of the Duomo after the Jews were expelled. The synagogue, which may have originally been a mosque, was visited and described by Obadiah da Bertinoro in 1487. One of the medieval city gates was called “della Giudecca”.

The 1908 earthquake reduced the medieval city to rubble, along with all its Jewish vestiges. All that remains is a tombstone at the Biblioteca Painiana – Seminario arcivescovile S. Pio X (Via Seminario, Rione Giostra, info: http://www.seminariomessina.it/generiche/biblioteca/it/biblioteca.html). The tombstone originated in Rome and commemorates one Samuele Finzi. It was bought by Monsignor Paino in the 1930s in preparation for a new museum of Jewish antiquities.

A white marble plaque engraved in Judeo-Arabic is all that remains of Messina’s synagogue. It can be viewed upon request at the Messina Regional Museum (Viale della Libertà 465, tel. +39 090 361292, info and contacts: http://www.museionline.info/musei/museo-regionale-interdisciplinare). Lastly, a plaque mounted by the University in the 1970s recalls that where the Rector’s Office now stands was, in the middle ages, the street on which the synagogue stood.

On the façade of the Duomo bricked into the wall itself the almost illegible inscription “Signum Perfidorum Iudaeorum”, can still be made out, along with a red marble insert that was probably there to remind Jews that they were required by law to wear or display the red circle.