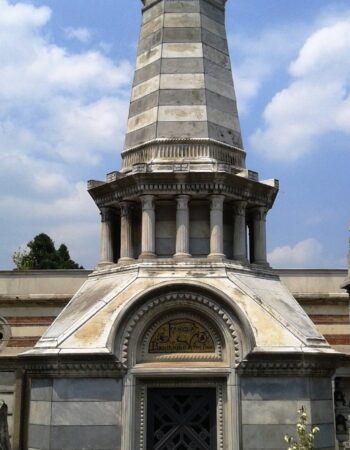 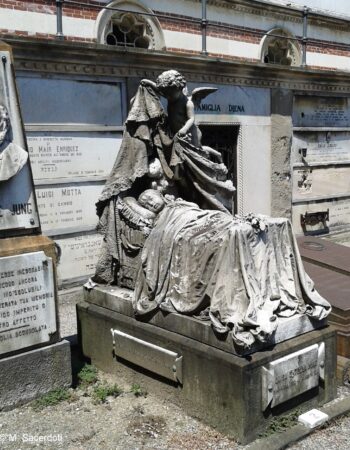 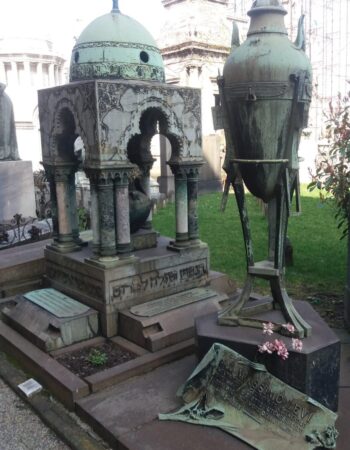 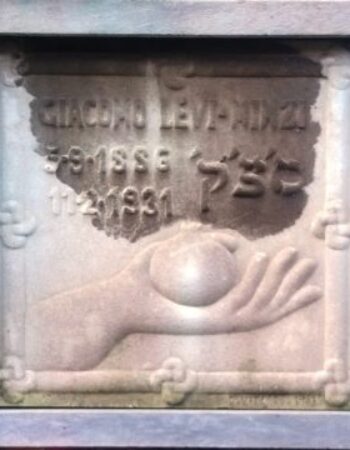 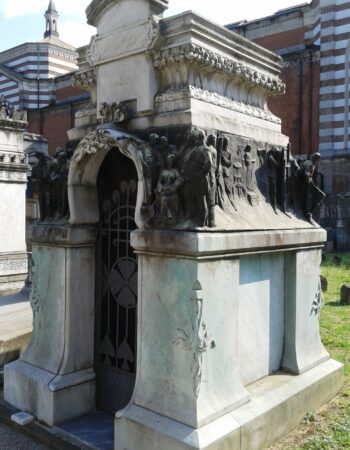 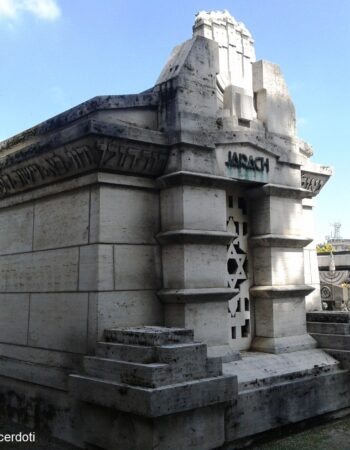 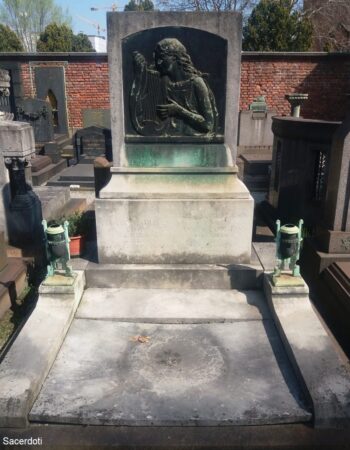 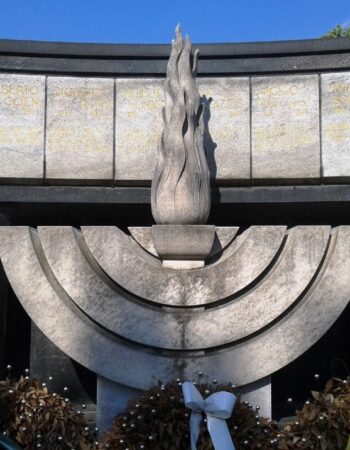 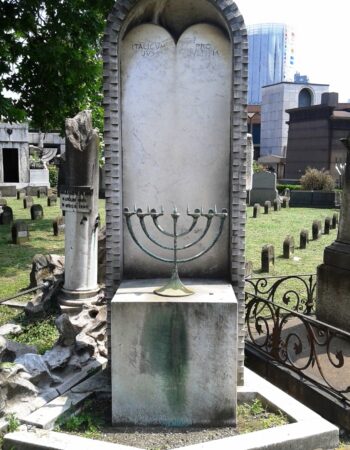 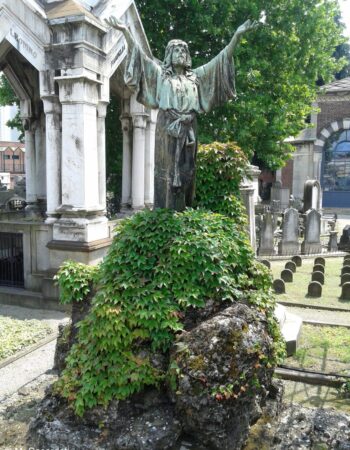 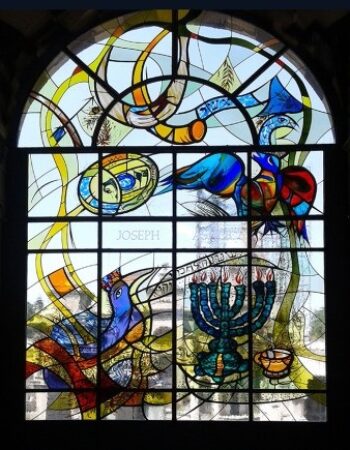 The Jewish Section was inaugurated in 1872, and replaced the previous Jewish Cemetery as a replacement for the previous Fopponino burial complex. The Section was part of the overall plan of the Monumental Cemetery designed by architect Carlo Maciachini, in 1863. As a sign of the integration of religious minorities it was positioned along the main side, symmetrically to the non Catholic denominations. The many solemn elaborate monuments inside embody the will of the Community to join the customs of the prevailing culture as well as standing for the prestige of some of the important families of the city. The authentically Jewish funerary symbols of Judaism are mixed with the best known non Jewish ones: imposing eclectic aediculae stand alongside sculptures of figures, references to the profession or virtues of the deceased, or even some elevated loculi, ossuaries and columbaria, far removed from the Jewish norm. The monument to the Jewish Martyrs of the Nazis stands to the right of the main entrance, unveiled in 1947 and designed by architect Manfredo d’Urbino bearing the names of twelve victims of the Holocaust who died in different circumstances, positioned around a large marble menorah.
The central building that originally marked the entrance and then became a funeral chamber was restored and enriched with polychrome stained glass panes designed by the artist Diego Penacchio Ardemagni in 2014, who drew inspiration from Marc Chagall’s at the Hadassah Hospital in Jerusalem.
The Section is currently used for famous people or family burials. Since 1895, Milan’s Jewish Community also has a section at the Cimitero Maggiore di Musocco (Greater Cemetery of Milan).

Please cover your head when entering the Jewish Section.
Fridays and on the eve of Jewish High Holidays opening time is limited to 8.30 am to 3 pm.
The Section is closed on Saturdays and on Jewish holidays.