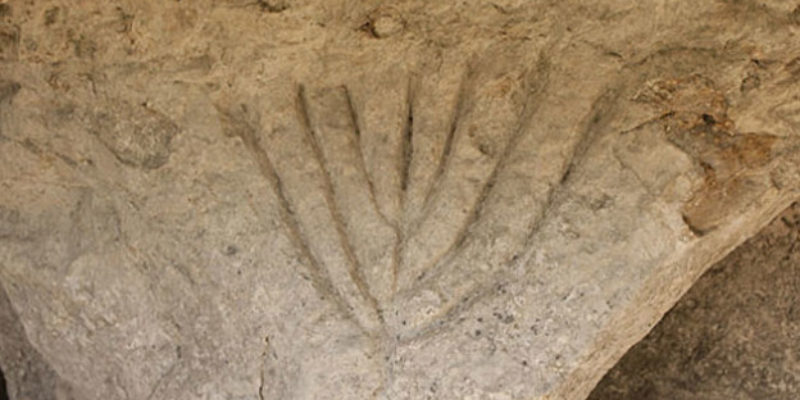 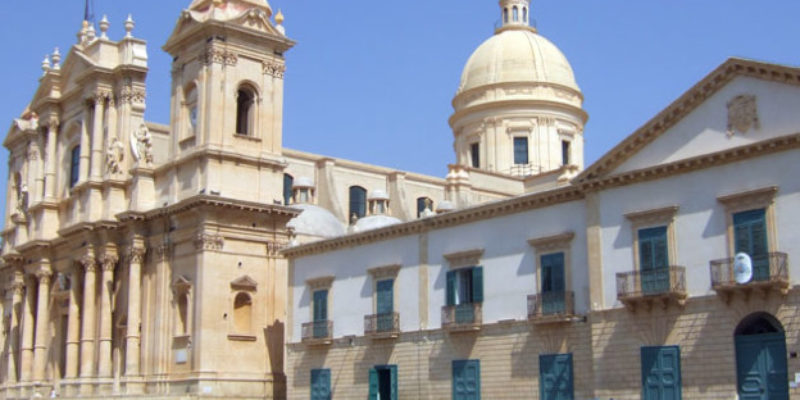 The ancient city of Noto, on the plateau of Mount Alveria, was once home to a flourishing Jewish community which left the only known Sicilian siddur (prayer book); the book is now held at the Biblioteca Palatina in Parma (ref: msparmense 1741/de’ Rossi 570). The city was destroyed by an earthquake in 1693, and then rebuilt in its current position, in the Baroque style. The medieval Jewish quarter was also destroyed. There are still traces of the area’s Jewish past on the slope of Mount Alveria, in caves that were used as burial chambers. Some of these bear engravings depicting the menorah. The best known is the Grotta del carciofo (‘Artichoke Cave’ – reflecting how the local peasants had interpreted the menorah image). It was discovered east of the Fiaccavento house near the former Porta della Montagna, north of where the old city had been.

The Noto Civic Archaeological Museum, contains a phylactery engraved on a limestone slab. It was found in 1940 on Mount Alveria, and dates from the 5th/6th century. Other magical phylacteries engraved on small metal plates are on display at the Archeological Museum in Santa Croce Camerina (Ragusa). From Noto it is easy to reach the Ippari river valley, along which there are numerous underground Jewish burial chambers dating from the late classical period.