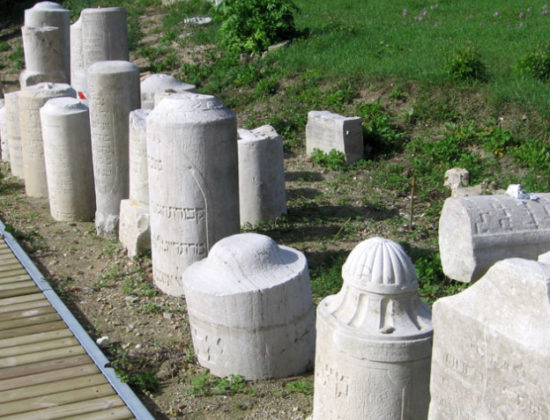 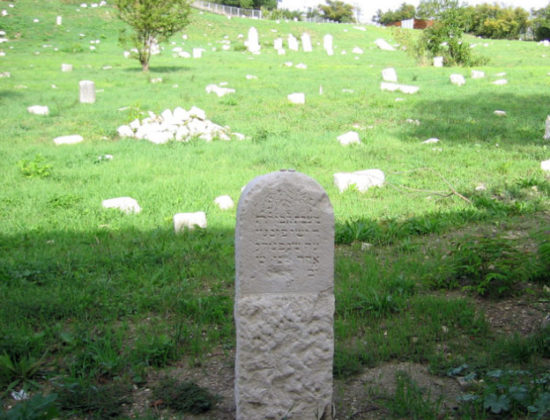 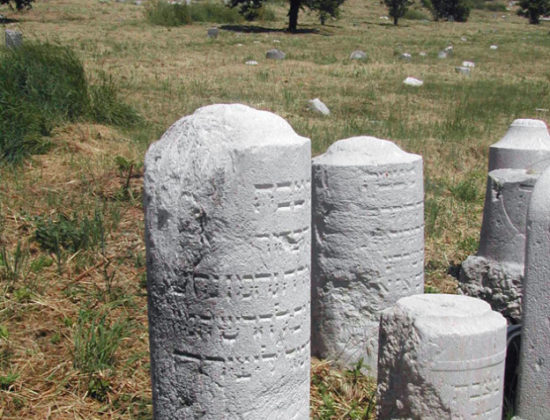 A picturesque verdant area perched above the sea, the land between the Cardeto and Cappuccini hills had been used for burial grounds since ancient times, and not just by the Jewish community. In 1428 Sabbatuccio di Venturello and Mosè di Beniamino, both Jews, were granted a concession for a first burial ground, which remained in use for more than four centuries. It was expanded in 1462 towards the sea, beyond Porta San Pietro, with further expansions in 1698 and 1711. Given the site’s strategic position, from the late 18th century on attempts were made to use the whole area for military purposes. Barracks and fortifications were built in the adjacent areas, and in 1863 part of the old cemetery was handed over to the military engineers corps. In exchange the Community was given a new graveyard, still in use today, within the Tavernelle municipal cemetery; it was then that the Jewish cemetery of Monte Cardeto was deserted once and for all.

The cemetery, its latest enclosure dating from the 19th century, contains more than a thousand tombstones. Most have remained close to their original graves, although some have been broken or knocked over, and others have slipped into the sea. With the restoration project in the early 2000s, other tombstones were transferred downhill along the perimeter path. Two different types can be made out in particular, both very different from the late 19th-century monumental structures typical of other Jewish cemeteries. Alongside the older stele structure, from the late 16th century on, cylindrical tombstones became more common. The stone is often carved with sober decorative elements and epigraphs in Hebrew. Only starting in the 19th century were Italian translations also included.

Via del Cardeto, 64, Ancona AN