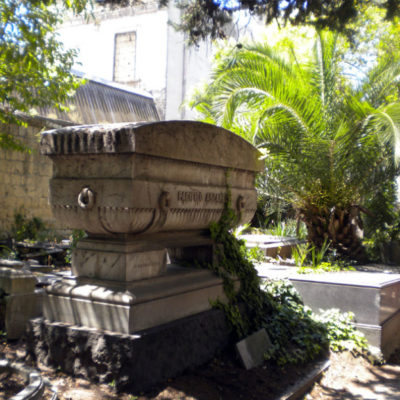 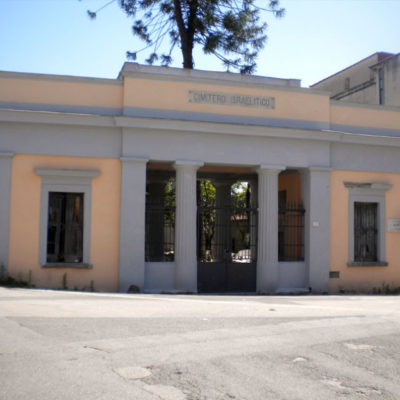 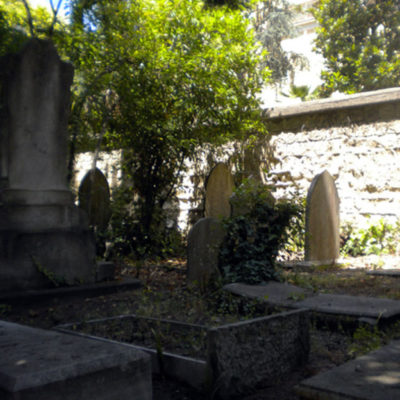 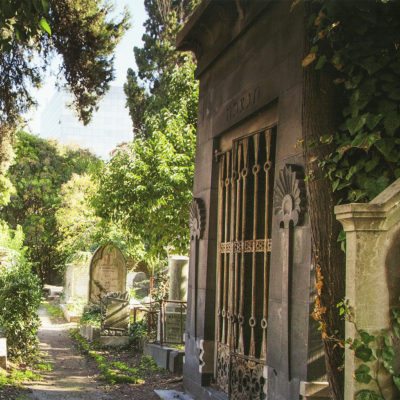 There were several cemeteries in Naples. Jewish tombstones from the 4th-5th centuries (now on display at the Naples Archaeological Museum) were found three metres underground in 1908 during building work for the artillery barracks on Corso Malta. There are also mentions of a 13th century cemetery in the area around Piazza del Carmine and Piazza della Croce, as they are now called. One ancient cemetery is thought to be the so-called “Tomb of Virgil” in Fuorigrotta. In the 19th century the Rothschilds purchased a sector of the park of Posillipo to turn it into a cemetery. It was only used for a few years, until 1860. The tombstones were removed in 1875 and transferred to the permanent cemetery in Poggioreale. The latter contains around eight hundred graves, the most recent of which is dated 1982. A plaque at the entrance commemorates the patrons who purchased the plot of land on 12 May 1875: they include Adolf de Rothschild and Isidoro Rouff, then president of the Community.

The current cemetery, opened in 1963, is a separate section of the public cemetery in Via Santa Maria del Pianto.