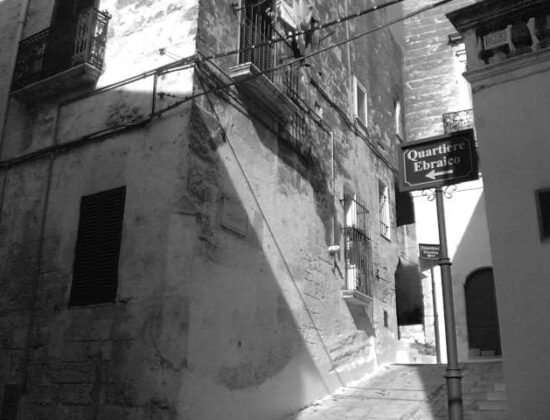 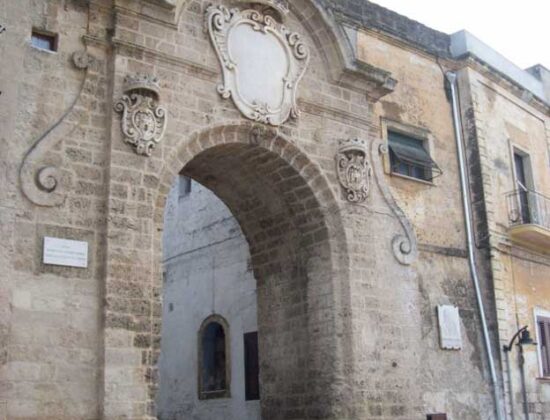 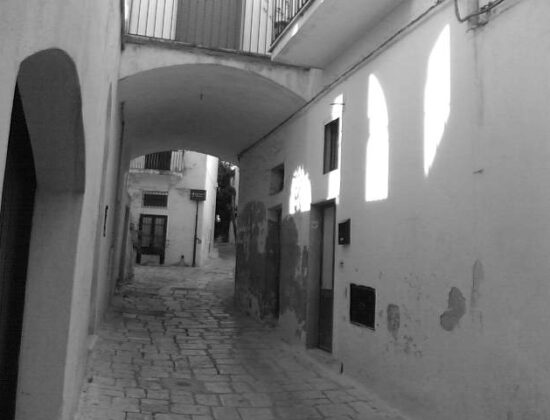 The Gate of the Jews

Along with Trani, Bari and Otranto, Oria, is one of the Apulian towns with the largest, longest-lived Jewish community, from Roman times until 1541 when all of the Jews were expelled from the south of Italy. The Oria community is thought to have been established following the destruction of the Temple of Jerusalem, when Emperor Titus ordered the transfer of five thousand Jewish prisoners to Taranto and to the Terra d’Otranto.

In 925 Oria was pillaged by Sicilian Muslims who wiped out most of the population, including many Jews. The Jewish community was decimated and many of the survivors were forced into slavery. Among them was twelve year-old Shabbetai Donnolo (913-985), who was bought out of slavery by his relatives in Taranto who would later become a doctor and philosopher and run the Academy of Rabbinical Studies (Yeshiva), which drew scholars from all the Apulian Diaspora. Paraphrasing a verse from the prophet Isaiah (2:3), it was said ‘The Law will go forth from Bari and the Word of the Lord from Otranto’.

In the second half of the 9th century, Amittai ben Shefatiah, a rabbinical scholar and poet, taught at the Academy of Oria.

The city still has the Porta degli Ebrei (‘Gate of the Jews’), also known as Porta Piazzella or Porta Taranto with a large bronze menorah next to it. The square is named after Shabbetai Donnolo. The gate dates back to the early 15th century and it was rebuilt under Giovanni Antonio Orsini del Balzo, Prince of Taranto on 1420, then reworked during the Baroque Period and is now surmounted by a late 16th century statue of Mary Immaculate.  It is in the western part of the city and marks the small Jewish Quarter (Giudecca), established under Philip II, Prince of Taranto. The area is now known as Santa Giudea (Saint Judea). The site of the synagogue has been found at the Maddalena Well, at the entrance to Via Francavilla.

The Giudea Quarter’s banner is a menorah against a white and blue background.

A funeral stele can be seen in the Castle with a Hebrew inscription surmounted by a bas-relief menorah and in the Archaeological Museum attached to the Biblioteca De Pace-Lombardi (The De Pace-Lombardi Library), and 8th century stele with an inscription in Latin and Hebrew is also on display. A copy of the stele can be seen in Lecce’s Jewish Museum.