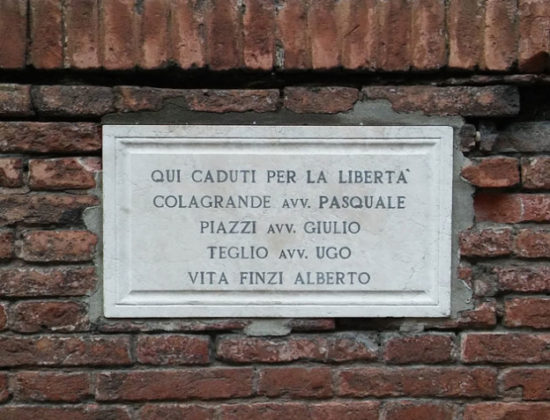 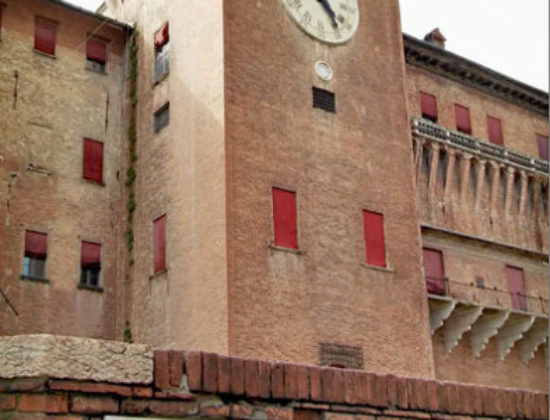 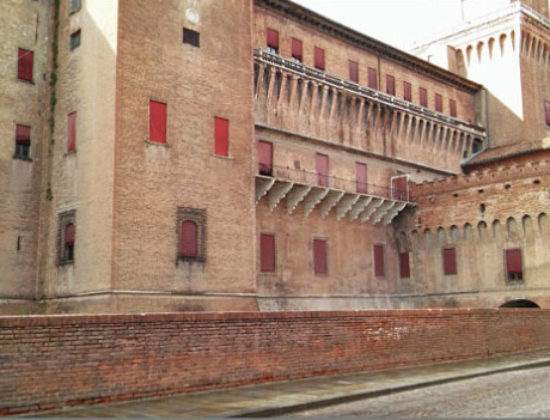 There are four plaques along the low moat wall surrounding the Este’s Castle placed in memory of the massacre that took place on November the 15th, 1943. Eleven people selected among Jews and political opponents held in the jail via Piangipane were brutally murdered in retaliation for the assassination of the Fascist Federal, a member of the party re-established after the 8th of September armistice. Eight of them were slaughtered near the Castle and two on the San Tommaso Bastion , where a memorial stone commemorates them. An eleventh victim, probably a witness trying to flee, was murdered in Via Boldini not far from the Castle. Their bodies were left there till the following morning as a warning.
After the war, the street was renamed Corso Martiri della Libertà when the plaques were put in place. In his short story “Una notte del ’43″(A Night in 1943), the writer Giorgio Bassani wrote about the Corso Roma massacre through the eyes of a pharmacist living opposite.