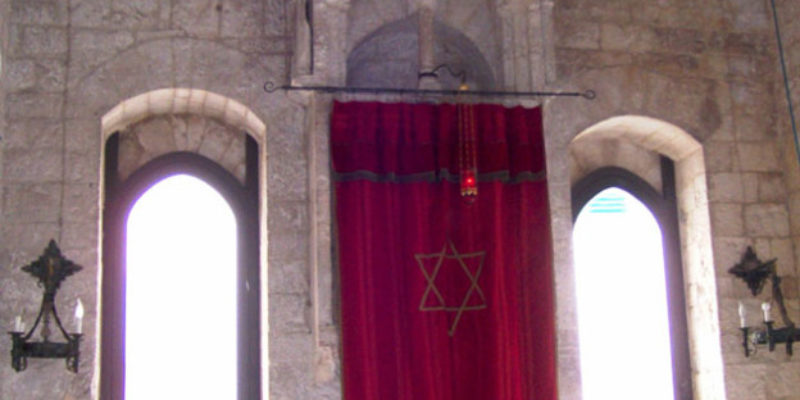 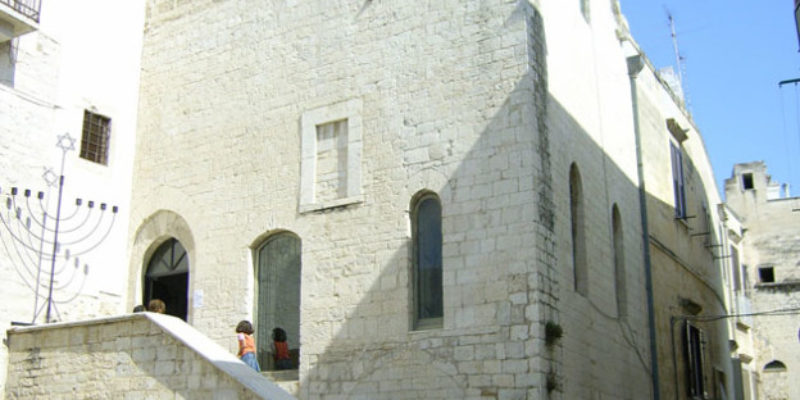 Of Trani’s four synagogues, all transformed into churches in the 14th century, Santa Maria in Scolanova is the only one which, in 2005, was re-converted to its function as a synagogue. The building has retained its original structure over the centuries: a rectangular hall raised above ground level, entered via an external staircase built against the south wall. Inside, on the east wall, is the stone aedicule that housed the aron. Here, the floor is raised by three steps, and this is where the Christian altar was placed after the synagogue was turned into a church. A large hole was found in the floor of the basement, possibly a remnant of a ritual bath.

Today, the synagogue is managed by the Jewish Community of Naples, of which Trani is a branch. It generally opens on various Jewish religious holidays, when the local Jewish community gathers here.

For information and visits
Jewish Community of Naples
napoliebarica@gmail.com
http://www.napoliebraica.it/wordpress/contatti/jewish-community-of-naples/