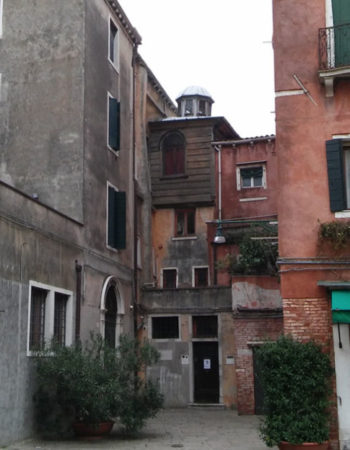 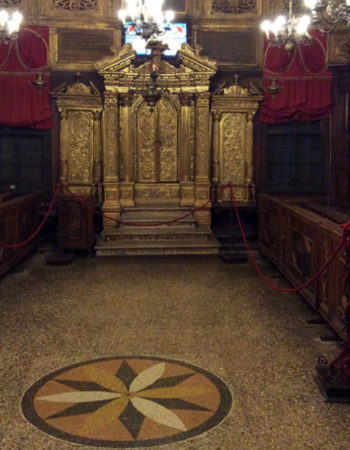 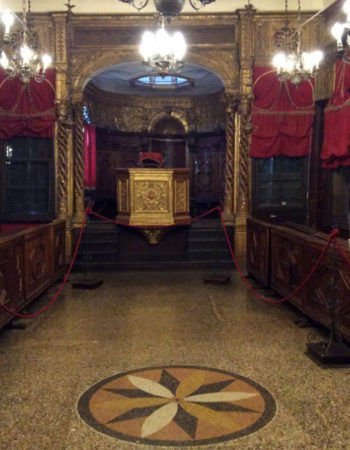 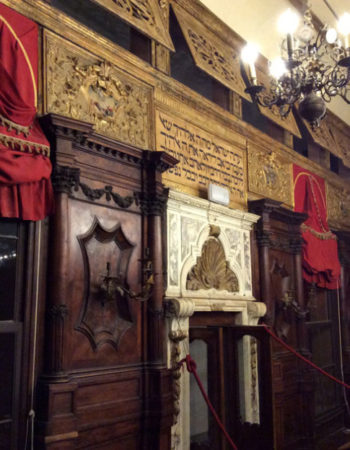 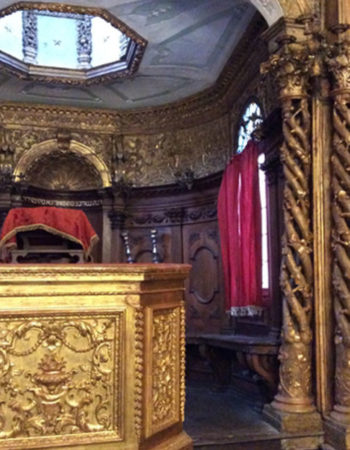 Built in 1531-1532 and renovated in later centuries. The name derives from its position on a corner (in Venetian, canton) of the square.

The main façade with its characteristic five windows is on Rio Ghetto Novo; wedged between walls and roofs, one can make out from below the wooden structure of the bimah, with a domed lantern above it.

Like the Scola Grande Tedesca, it had originally a central plan and was later rearranged in the traditional bifocal layout, with the bimah and aron placed on the shorter sides, and pews lined up along the longer sides.

The entrance way is preceded by a narrow hallway with windows onto the main hall; this was most likely used by women, before the matroneum was built on the upper level (1736), and later by those who did not have a place in the hall.

Inside, wood panelling with seats runs along the walls, which are decorated in the upper section with paintings depicting passages from Biblical stories. The gilded wooden gratings of the matroneum overlook the hall above the entrance. The aron (1672), in carved, gilded wood, presents a tripartite structure with a central tabernacle and benches on either side. A striking stained glass window stands out at the centre of the split tympanum.

At the opposite end is the bimah (1780), richly decorated with plasterwork and framed by a lowered arch, supported by twisting pillars in the shape of intertwined branches.