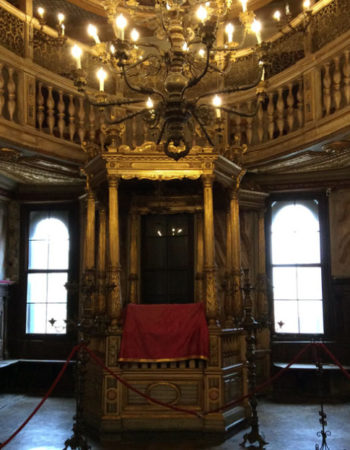 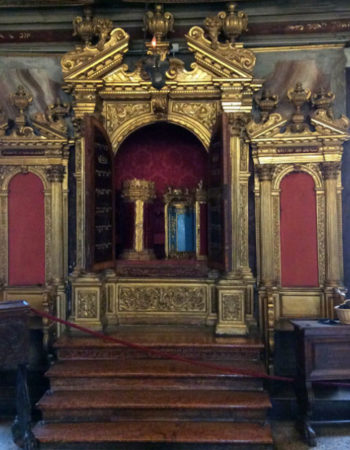 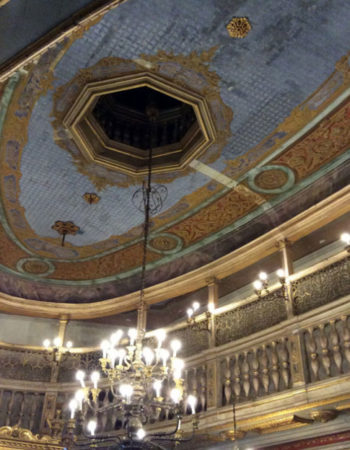 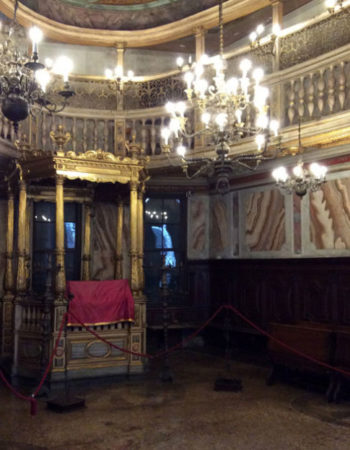 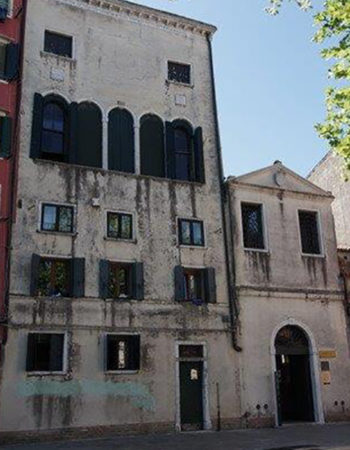 The Scola Grande Tedesca was founded by the Ashkenazi group in 1528; it was renovated in 1732-1733 and then again in the 19th century. From the square the five large windows are the only recognisable element of the synagogue in the context of the surrounding houses. On the side of the San Girolamo canal, meanwhile, the  visible element is the liagò which holds the aron. Originally built with a central plan layout, in 1860 it acquired – almost certainly for static reasons rather than religious – the “bifocal layout” typical of the Venetian scole (and also found in many other Italian synagogues), whereby whereby the bimah and aron are placed on opposite walls, with the pews facing a central corridor.

The lavish aron (1672), flanked by two benches, presents a tripartite structure, gilded and embellished with architectural elements. Its doors are decorated on the outside with floral motifs and on the inside with the Ten Commandments in mother-of-pearl inlay.

On the opposite side, the bimah has a canopy structure with a trabeation held up by eight columns and decorated with the same ornamental motifs as the aron.

The lower section of the walls is clad in cherry wood panelling, forming a continuous bench. The upper section has marmorino stucco panels. Above it, running along the entire perimeter of the room is a red frieze with the text of the Ten Commandments inscribed in gold.

The oval shape of the sumptuous matroneum gives harmony to the irregular layout of the hall.

Guided tours depart at regular intervals, run by the Jewish Museum of Venice.