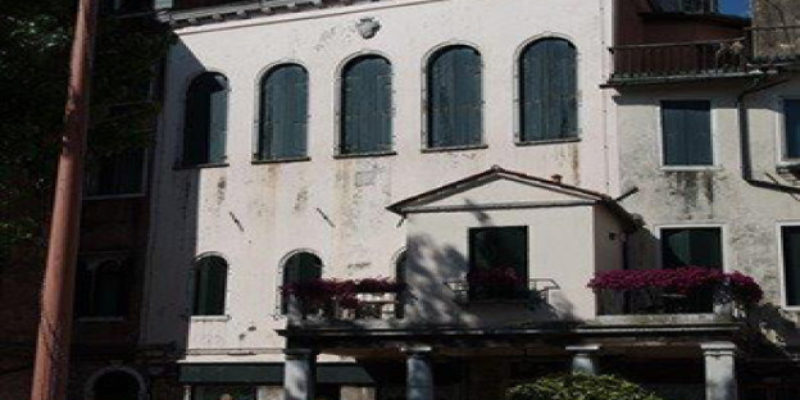 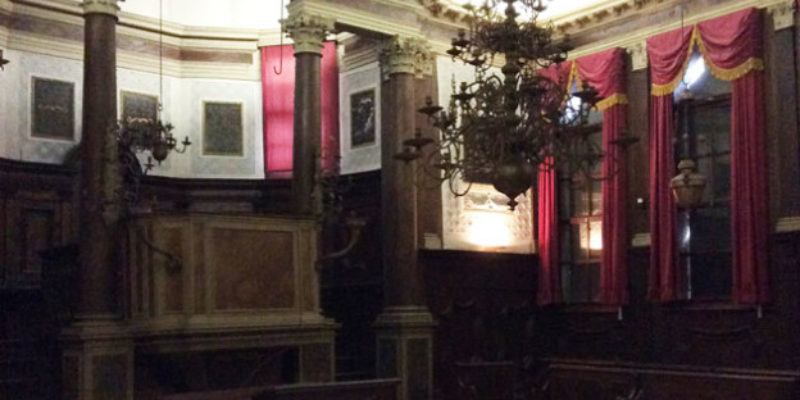 Built in 1566 by Jews from central Italy and later modified in 1575. It originally occupied modest rooms on the first floor, before being moved to its current location on the third floor of the same building, with a single entrance to several houses. This synagogue is also only visible from the outside thanks to its five large windows overlooking the square, bearing witness to the importance given to natural lighting as well as artificial.

The hall has a virtually square layout with a bifocal arrangement (aron and bimah on opposite sides; pews facing the central space). The fittings and interior decoration seem much more austere than the other scole in the Ghetto Novo, which are rich in gilded ornamentation. The lower section of the walls is covered in cherry woodwork with a fixed bench, while the upper section bears pale floral plasterwork and gilded inscriptions on black stone (1810). The same wall decoration continues uninterrupted throughout the apse which houses the bimah. Separated by four wooden columns, it is placed on a raised level at lit by a domed lantern.

The nineteenth-century aron, in dark wood, is framed by Corinthian pillars and trabeation. In 1842, a balustrade was placed in front of it, featuring small columns and intersecting wooden arches.

Guided visits to be booked in advance, run by the Jewish Museum of Venice.