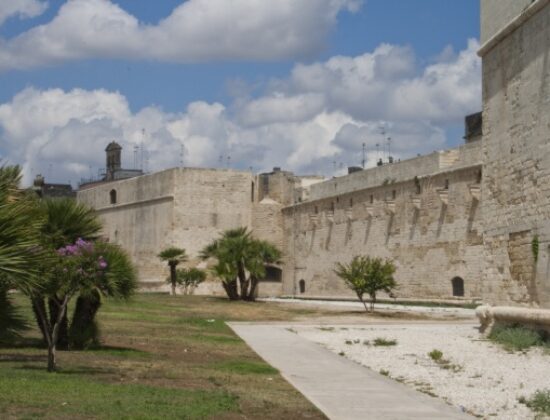 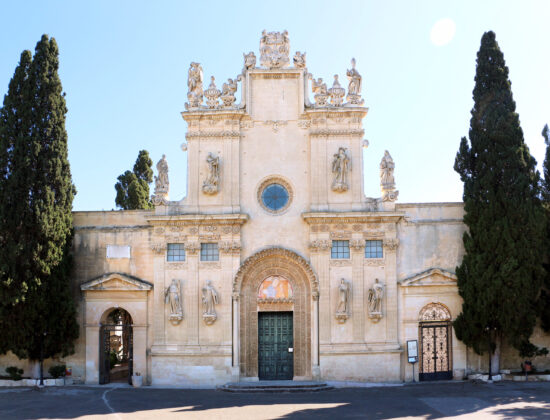 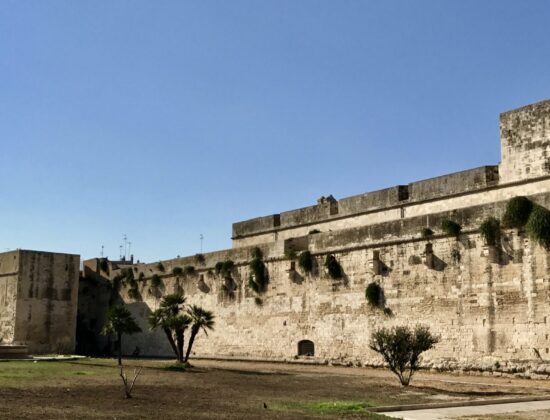 Signs of the Jewish presence in the city

The Mediaeval Jewish Quarter (Giudecca medievale) stood on what is now the Church of Santa Croce (The Church of the Holy Cross) and between vico dei Fedele, the Saint Castromediano Little Square, Gabriele Riccardi Square and via della Sinagoga (Synagogue Street). It was an open district where Jews concentrated, as happened with all ‘national’ groups: to the South it bordered with the Venetians, the Milanese and the people from Ragusa in Sicily, and was built around the trading square, now known as Piazza Mercanti (The Merchants’ Square), and to the North with the Greeks and Albanians. To the West the Port of Saint Just and the city walls to the East. The area close to San Martino’s Gate – demolished between 1817 and 1826) was selected for the Giudecca because at the time it was uninhabited. The area proved suitable for trade and lending activities because of its proximity to the public square and port.

Jews were dyers, tanners and soap makers, as well as being involved in traditional money lending activities. Memory of the Jewish past of the Mediaeval Giudecca can be found in via Sinagoga, vico della Saponea (Soap –Boilers Lane) and via Abramo Balmes, all street names the learned judge Luigi de Simone gave in 1871 on behalf of the City.

Other signs can be found a building where a Jewish merchant may have lived, traditionally known as ‘the Rabbi’s House’, which lies between the so called Chiesa Greca (Greek Church) and the Chiesa di Sant’Angelo. Hebrew lettering graffiti can also be seen in Charles V’s Castle, the so called Torre Mozza, used as a prison in the Middle Ages. One last curious find is in the cemetery of the Church of the Saints Niccolò and Cataldo where on the wall of the right aisle, in the cycle of San Nicola da Mira, there is a scene with a converted Jew being Baptised by immersion and, the tetragram Adonai is engraved on the statue of Saint Nicholas in Latin letters, something found in many other churches in the Salento too.