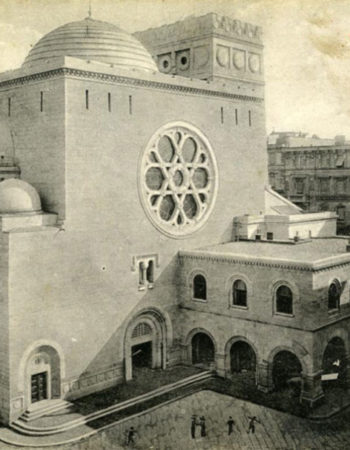 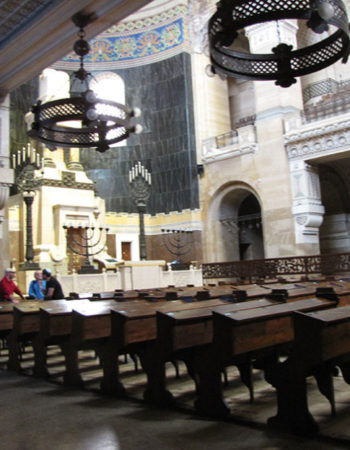 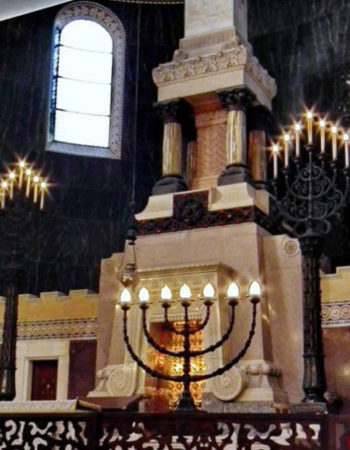 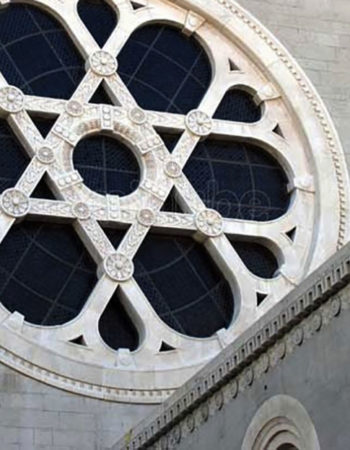 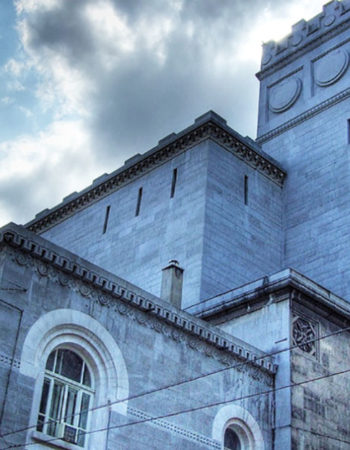 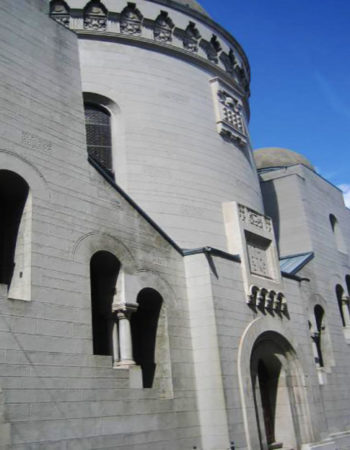 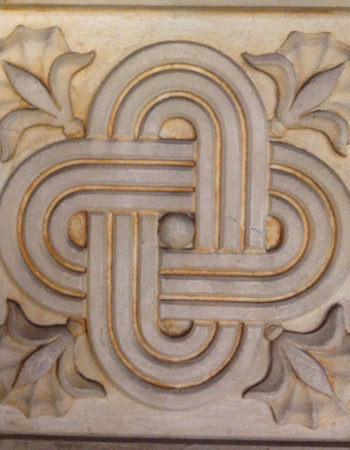 Designed by architects Ruggero and Arduino Berlam and opened in 1912, the Great Synagogue of Trieste is one of the most impressive synagogues in Europe. It is a typical example of a synagogue of the emancipation period, for its monumental character, oriental influence and interior layout, and proves the importance achieved by the Jewish community in the economic and cultural life of the city.

The building has three different façades linked by common decorative elements. The majestic main entrance, overlooking Via Donizetti, leads directly into the great synagogue. The hall, well-illuminated by the rose windows in the façade, has a rectangular plan divided into three naves. At the rear end, the great apse with semi-dome covered in gilded mosaic houses the monumental aron, decorated with doors in gilded copper and surmounted by a four-column structure supporting the Tablets of the Law. In the space in front of the aron stands the tevah, or prayer reading stand; the area is delimited by a marble balustrade decorated with ears of wheat, the symbol of the Community of Trieste. The benches for the congregation are arranged in parallel rows facing this area.
The balconies of the women’s gallery (which today, partly for safety reasons, is no longer used) run along the three sides facing the aron, while a gallery above the entrance hosts a large organ.
Also situated in the same complex are the Community offices and a smaller oratory for daily use.

Information and contacts for visits:
http://www.triestebraica.it/it/culturaturismo/synagogues-openings