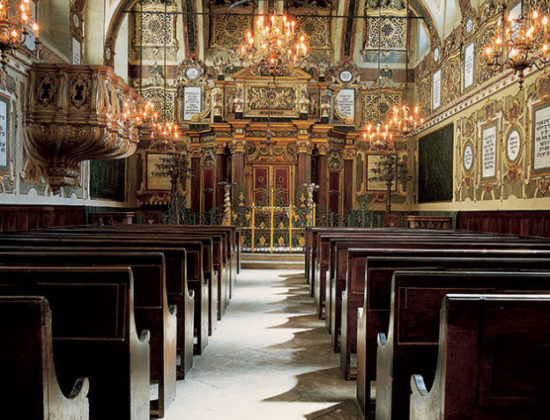 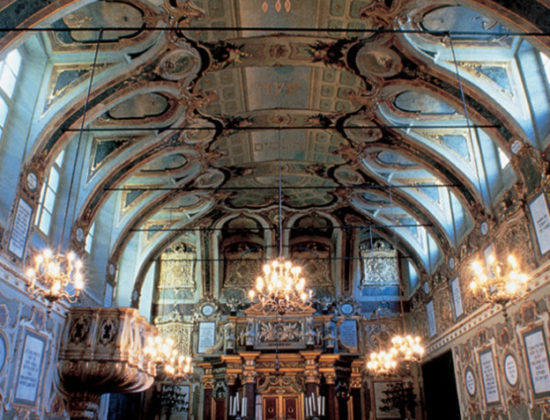 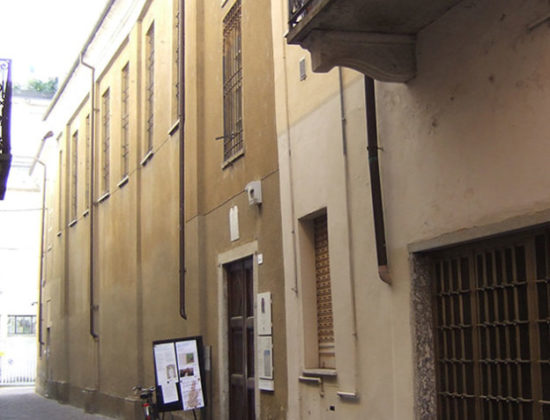 Casale Monferrato’s synagogue has been situated in the building in what is now known as Vicolo Salomone Olper since 1595. Over the years, considerable changes and additions have been made to the sanctuary, but externally it retains the typically “anonymous” character of ghetto synagogues.

The interior, topped by a large domical groin vault and lit by high rows of windows, is sumptuously decorated with coloured paintings and stucco work, for the most part covered in gold leaf. Two orders of matroneums run along either side, concealed by lavish gratings in lacquered, gilded wood.

Numerous interventions are documented by the ornamental inscriptions on the walls. The layout of the internal elements has been influenced by trends in the era of emancipation: the cantor’s position, originally in the centre, was moved in front of the aron, which in turn was moved from the eastern wall to the southern one. The pews were rearranged in parallel rows facing this area, emulating Christian churches. The enlarged hall received a new entrance in line with the aron, and the choir was added.

The neoclassical style aron acquired its current, imposing appearance in 1787. The structure has fluted wooden columns with gilded Corinthian capitals; above the trabeation, a high tympanum is decorated with oak leaves and branches.

The synagogue undoubtedly represents a masterpiece of late Baroque Piedmont architecture. Following restoration work begun in 1968, it was declared a national monument.

The synagogue may also be visited separately from the museum tour, by making a donation of any amount.