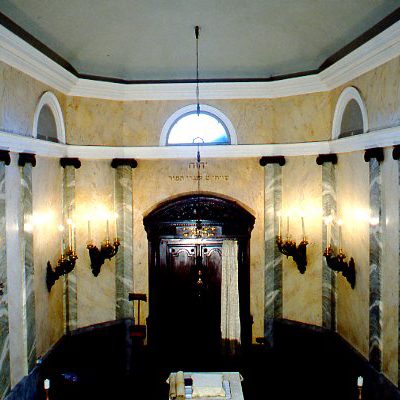 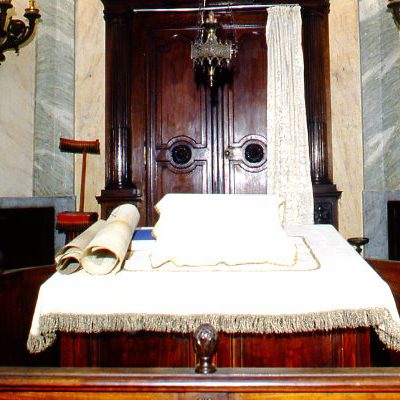 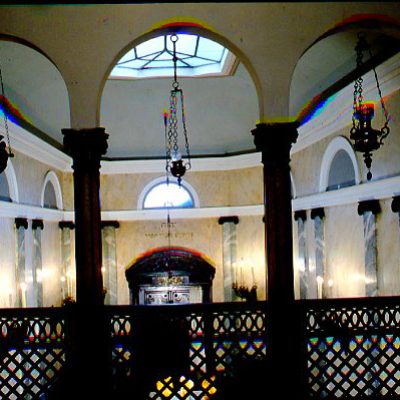 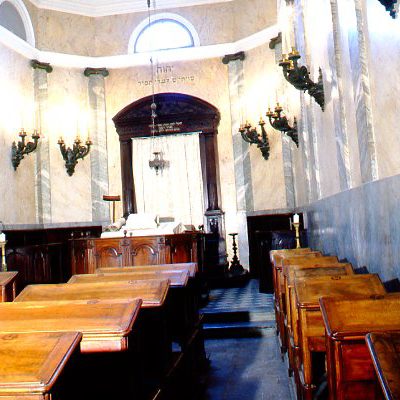 While some 14th century sources refer to it indirectly, the Jewish community in Parma was only able to develop in two distinct periods: that spanning the 15th and 16th centuries, and the years following the turn of the 19th century.  Indeed, the Papal Bull of 1555, which established ghettoes and limitations for the Jews in the papal territories, had led to the expulsion of the Jewish populations of Parma and Piacenza, cities which a few years previously had become feuds of the Catholic church. Duke Ottavio Farnese had, however, permitted them to open loan banks in sixteen towns in the surrounding rural areas (later reduced to seven towns), where small Jewish communities had continued to live uninterrupted. It was only in the 1800s, when the duchy was annexed to Napoleonic France, that a Jewish community could once again settle in Parma.

The existing synagogue was built in 1866 within the community’s building, purchased in 1822 and left bare of any exterior identifying features. The hall, on the uppermost floor, has an oblong shape, interspersed with pilasters clad in marbled stucco. It features the typical layout of the period, inspired by Catholic churches: opposite the entrance sits the 18th century aron, originally from the synagogue of Colorno; in front of it is the tevah, made at the same time as the synagogue was designed, as were all the other furnishings. The central space is entirely occupied by benches for the public, arranged in parallel rows. Above the entrance, the hall is enclosed by the women’s gallery. A plaque on the parapet commemorates the synagogue’s inauguration.