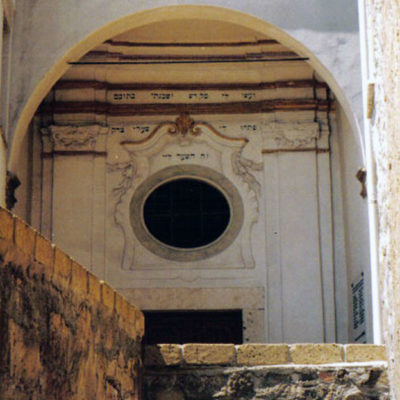 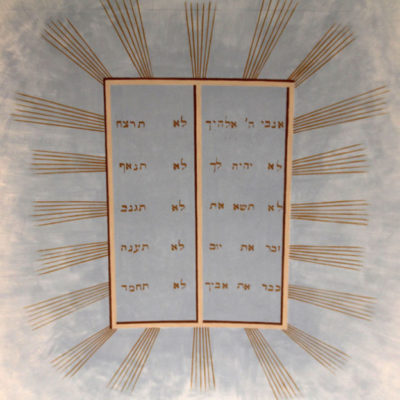 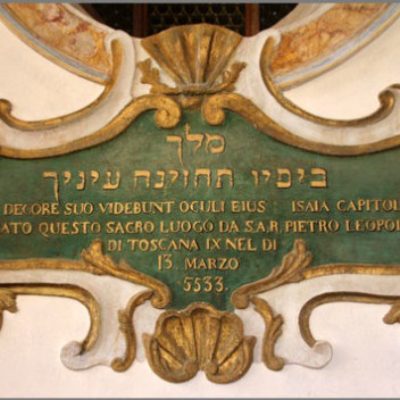 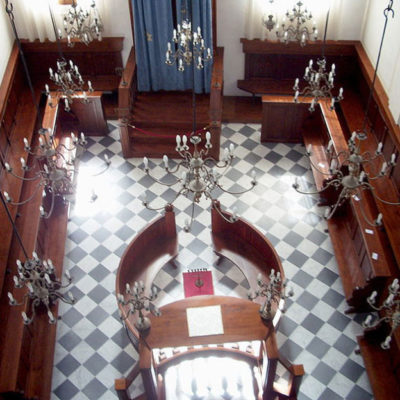 The synagogue in Pitigliano was built in 1598, commissioned by weaver Leone di Sabato. It was first restored in 1757 after the roof fell in. A sign opposite the entrance recalls the visit of the Grand Duke Peter Leopold of Lorraine, in 1773. He noted that around two hundred Jews lived in the city at the time, out of a total population of around 2500 residents. He also made reference to the synagogue, “all in golden stucco and of fine design”. As attested by other inscriptions, the subsequent Grand Dukes of Tuscany visited the synagogue in 1823 and 1829. However, the interior is no longer as it appeared to them. With the gradual extinction of the community, the synagogue – prone to collapses due to its particular position on the edge of the tufa spur – was closed in 1956. Its 18th century aron was donated to an Israeli synagogue (and is now in the Carmiel synagogue). Indeed, just a few years later there was a further collapse of the structure, which led to a long period of neglect. The hall was at last rebuilt by the town council between 1995 and 2003. The interior furnishings, made recently from wood, are simplified versions of the originals. Public seating is arranged along the perimeter of the hall; in the centre, a circular-plan tevah with a colonnaded balustrade, in front of which are two curved benches for the choir. Among the few elements which remained intact is the women’s balcony, above the entrance; it is screened off by a gilded wooden grating carved with plant motifs.